Today is the 10th anniversary of the first National Famine Commemoration ever held in Ireland which took place in Skibbereen on the 17th of May 2009. 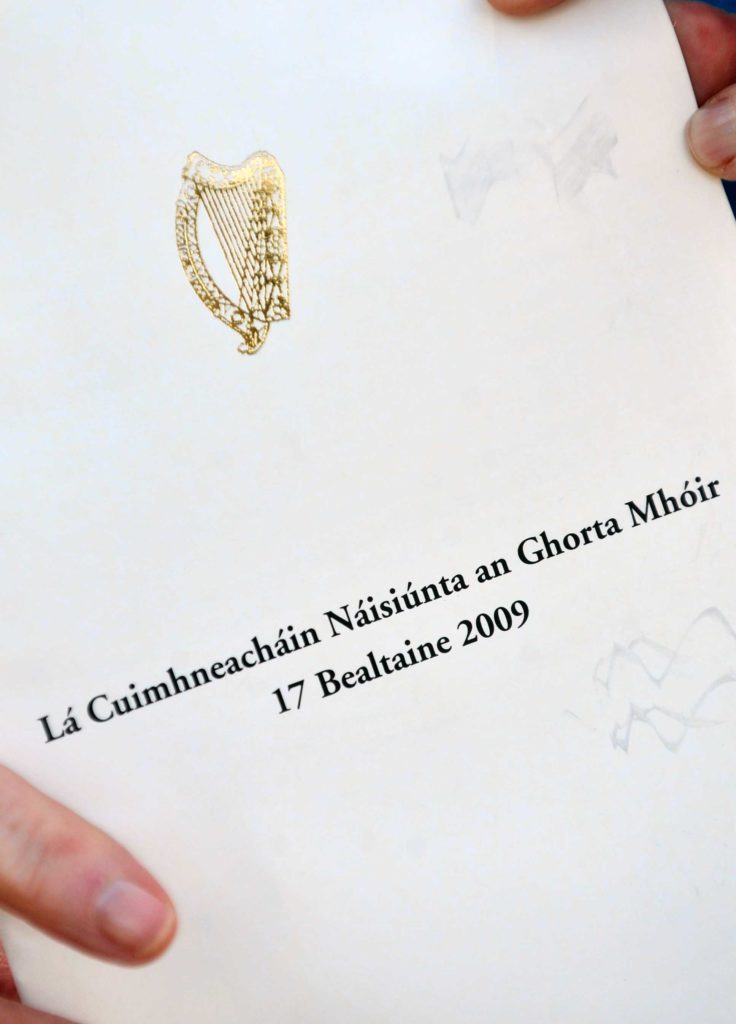 It was a great honour that the town was chosen as the site for the inaugural Famine Commemoration and Skibbereen Heritage Centre coordinated a week of local events in the run up to the National Commemoration. It was a fantastic week in Skibbereen as the people of the area came together in memory of those who suffered and died during that tragic period.

There were a total of 27 local events that week culminating in the National Famine Commemoration which was held in Rossa Park and Abbeystrowry Graveyard on the Sunday. 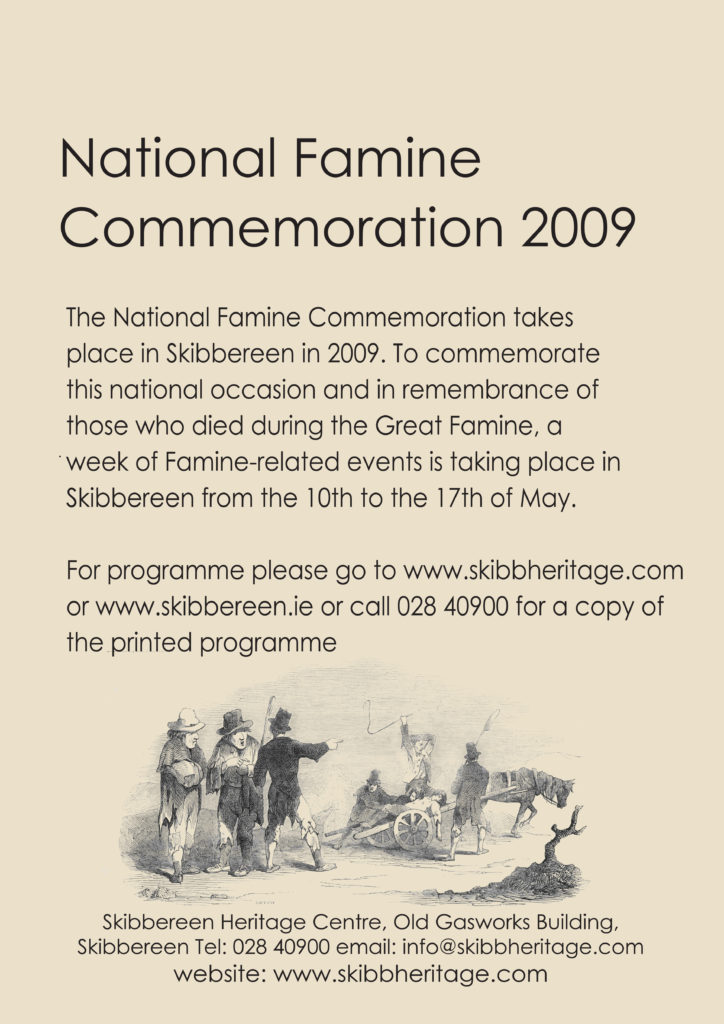 The week kicked off with a walk from Caheragh to Skibbereen which re-enacted one of the major occurrences in Skibbereen during the Famine period. On the 30th of September 1846, between 800-1000 desperate men working on the Road Relief scheme at Caheragh, walked to Skibbereen to protest about late payment of wages. Sadly, just a few weeks later, one of the first deaths of the Famine was of a man working on the Caheragh Relief Scheme. His inquest found that he had died of starvation due to the negligence of the Board of Works as he had not been paid for several weeks.

The walk was a huge success, with over 400 participants and it raised thousands of euro for charities working with famine relief.

The sponsored walk finished near the site where the 1846 events took place where Coleman O’Driscoll gave an account of that eventful day. 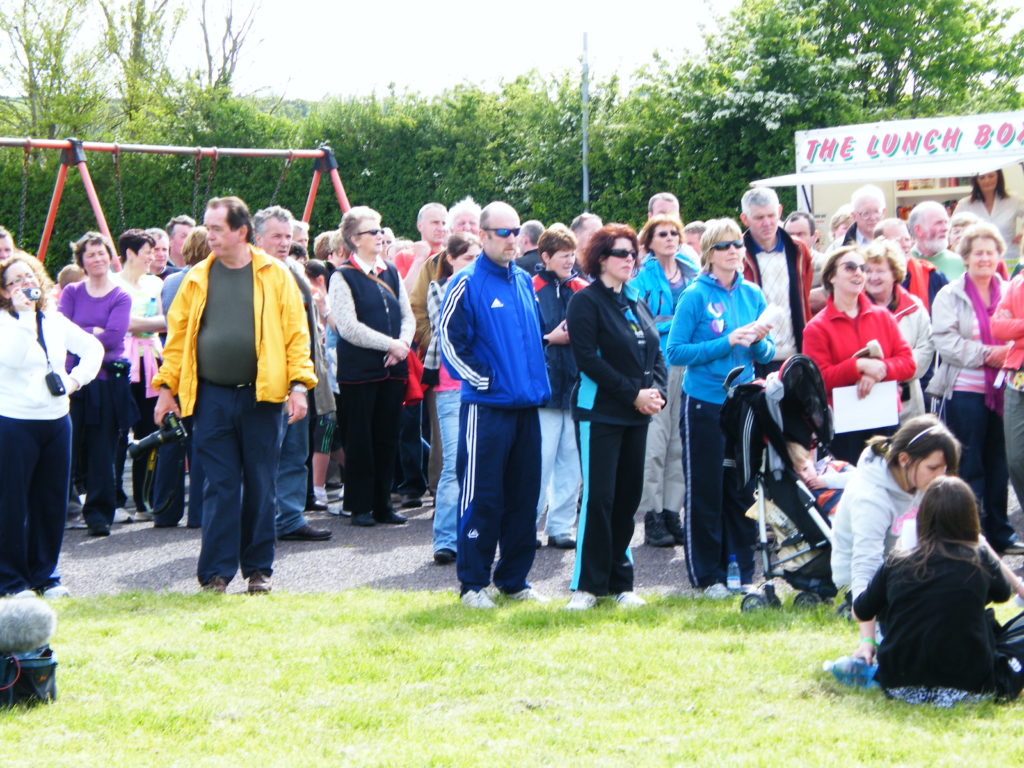 There was a lot of drama that week too – Skibbereen Theatre Society put on 5 performances of the play ‘Flight to Grosse Ile’ in the Town Hall that week which was filled to capacity each night. The Society also gave a performance of its pageant the ‘Boldest Fenian Man’.

The Gaelscoil in Skibbereen also performed in the courtyard of Skibbereen Heritage Centre to an appreciative audience.

There were talks too: Dr Larry Geary of UCC spoke about the Great Famine in Skibbereen while Prof. Mark McGowan gave us a talk about Grosse Ile Quarantine Station and the consequences of the arrival of the infamous coffin ships in Canada. In another event William Henry told us about conditions on these coffin ships. Gary White Deer of the Choctaw Nation also recounted the story of his peoples’ donation of $179 to Ireland during Ireland’s Great Hunger and art historian Catherine Marshall spoke about how the Famine is represented in art. Bridgit O’Donnell spoke about homeopathy and medicine during the Great Famine and Declan Waugh warned about how climate change could cause an increase in world hunger. Marita Conlon-McKenna, author of ‘Under the Hawthorne Tree’ also gave a talk that week.

There was music too with the St Fachtna’s Silver Band and Skibbereen Comhaltas performing that week and the Chairde Choir sang in Abbeystrewry Church.

There were also guided tours of Skibbereen town and presentations and exhibitions on food and famine and the Radio One programme ‘Sunday Miscellany’ was all about the Famine that week with contributions from local writers including Philip O’Regan of Skibbereen Heritage Centre.

The National Famine Commemoration started in the Rossa Park with a tree planting ceremony and continued at Abbeystrowry Graveyard with wreaths laid by many international ambassadors as well as the-then Minister Éamon Ó Cúiv. 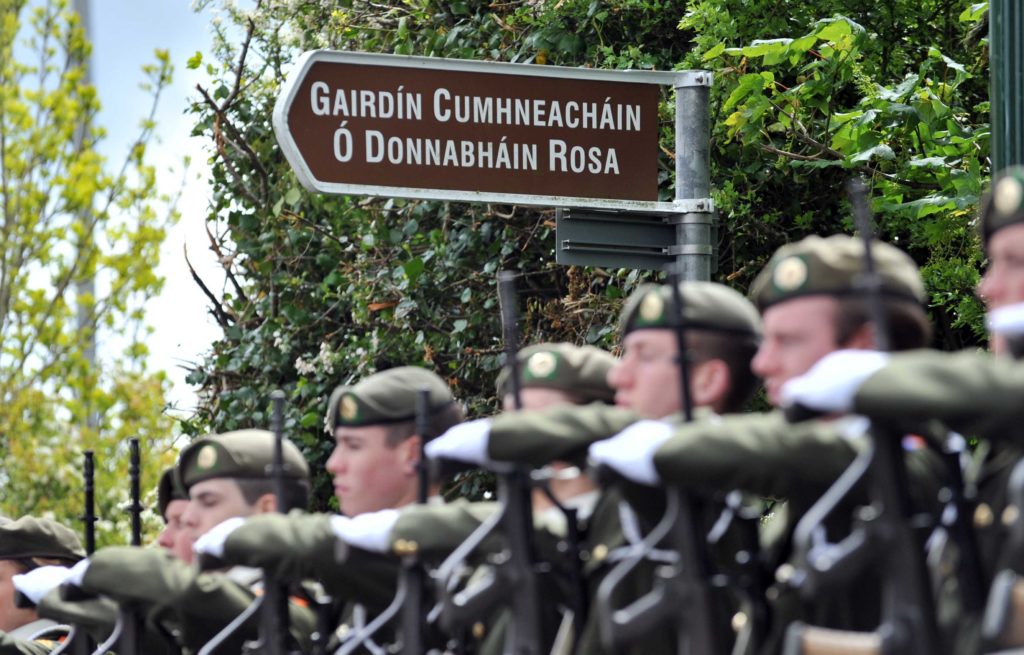 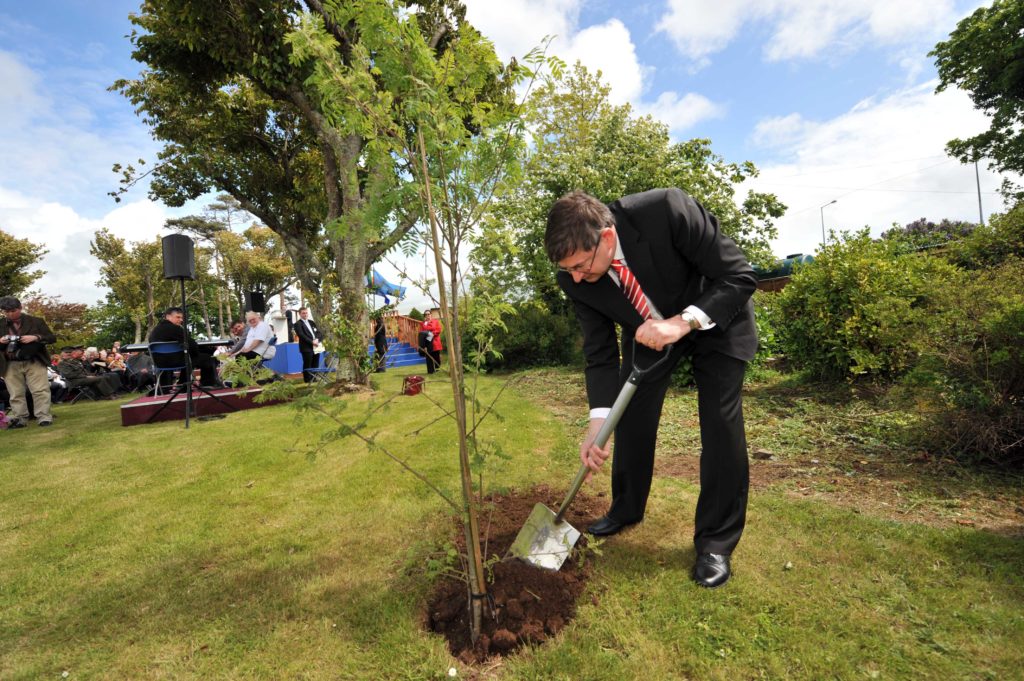 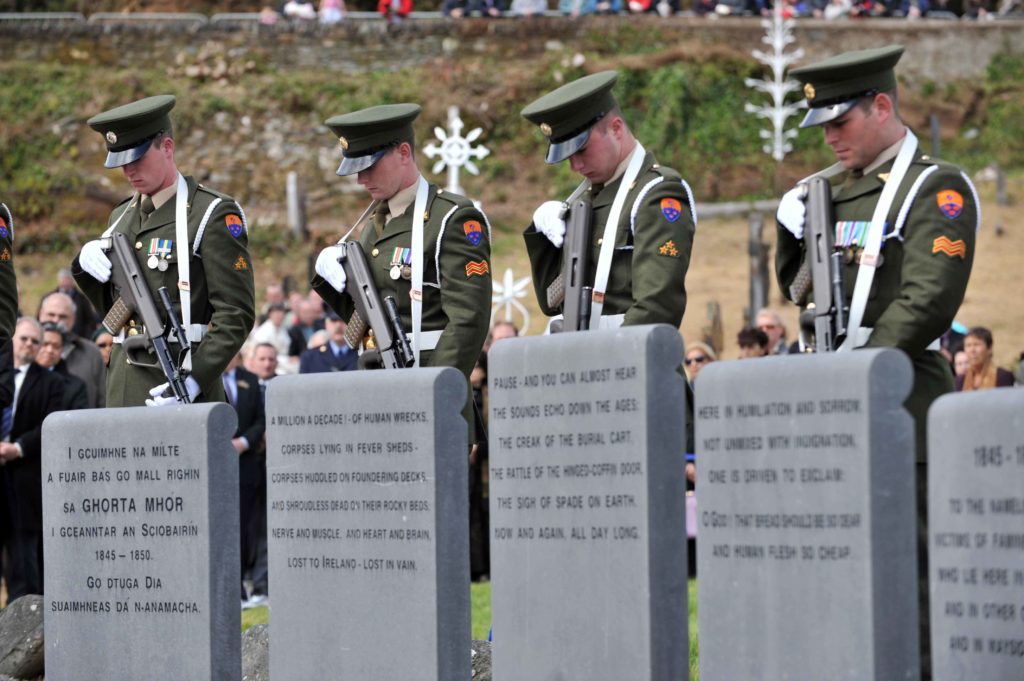 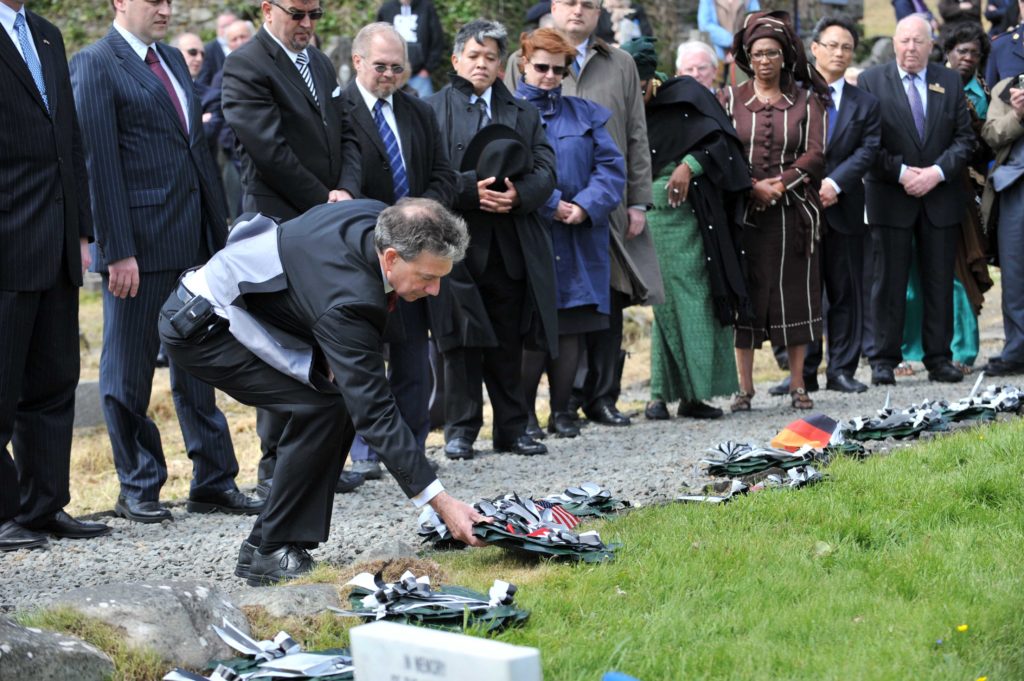 An annual Famine Commemoration has taken place every year since then with this year’s event taking place in Sligo on this coming Sunday the 19th of May.

But we will never forget that week in Skibbereen … or those who suffered and died during the Great Famine in Skibbereen.

The Excavation of the McCarthy Home

The Kinemac – the first cinema in Skibbereen