Skibbereen (population c. 2,000) is a vibrant market town serving a large hinterland. The town as we now know it owes its origins to a raid of Algerian Pirates on nearby Baltimore in 1631, when 100 people were taken as ‘white slaves’. A small number of survivors rowed up the river Ilen to establish the town where it is today.

However, there was a much earlier settlement just east of the town, based around the castle of the overlords, the MacCarthys. This wealthy Gaelic family forfeited its estates during the turbulent 17th century. English Planters William Prigg and Samuel Hall were given Market Rights by a 1675 Patent. There was also a Cistercian Abbey on the banks of the Ilen from the 13th century.

The name Skibbereen is thought to have derived from ‘skiff’, a type of boat used for crossing the river. Prigg and Hall renamed it New Stapleton; however, it soon reverted to ‘Dear Old Skibbereen’.

The Great Famine – an Gorta Mór

Skibbereen developed into a thriving market town, trading in linen, wool and agricultural products. However, it was devastated by the Great Famine of the 1840s. One million people died and at least another million and a half emigrated during this appalling period of Irish history. As one of the worst-affected areas in all of Ireland,  Skibbereen is synonymous with this tragic time. 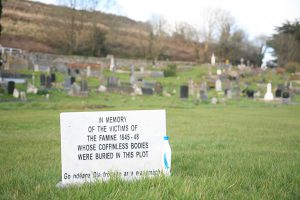 Many of the buildings in the town have direct links to the Famine and  there are numerous stories associated with each of these sites. Even today, the horror of this terrible time is palpable at these locations.

The infamous Famine Burial Pits at Abbeystrowry hold the remains of up to 10,000 unidentified victims.

Skibbereen: The Famine Story exhibition, book, app and walking trail gives an insight into this pivotal period in Irish history through the experiences of local people and tells the stories of the sites in the town where the events took place. 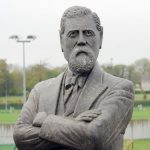 Skibbereen is also said to be the ‘Cradle of Fenianism’.
The famous Irish revolutionary Jeremiah O’Donovan Rossa became politically active in Skibbereen just after the Famine. He went on to become one of the leading members of the Fenian movement.
O’Donovan Rossa is commemorated in Skibbereen at O’Donovan Rossa Park, just outside the town. The local GAA club is also named in his honour.

Another well-known Irish revolutionary, Gearóid O’Sullivan, took part in the Easter 1916 Rising. He raised the Irish flag over the GPO during that infamous rebellion.

O’Sullivan was a good friend of Michael Collins, another renowned West Cork revolutionary. Collins stopped at the Eldon Hotel in Skibbereen on August 22nd 1922. Later that day, he was shot dead at Béal na Bláth. 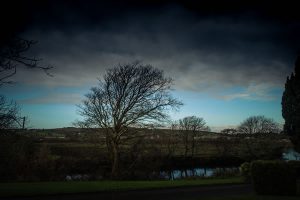 By the early 1800s Skibbereen was an important regional town.

The decades after the Famine saw major improvements in the town. The building that now houses Skibbereen Heritage Centre opened as a Gasworks in 1867 and the arrival of the railway a few years later heralded a new era for Skibbereen. 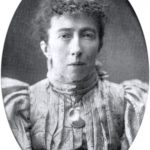 Science was also to the fore in 19th century Skibbereen. The celebrated astronomer, Agnes Mary Clerke, was born in Skibbereen in 1842.  The ‘Clerke Crater’ on the moon is named in her honour. Another Skibbereen native, Percy Ludgate, designed the ‘analytical engine’, which is regarded as the first portable computer.

Two newspapers were established in Skibbereen in the 19th century. One of them, the ‘Southern Star’, still has its offices in the town. The second newspaper, the now-defunct ‘Skibbereen Eagle’, is remembered for ‘keeping its eye on the Tsar of Russia’. 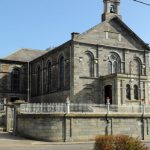 Skibbereen was the Seat of the Catholic Bishop for the Diocese of Ross between 1851 and 1953. The Cathedral in North Street is still the most imposing building in the town.

The town evolved to become a hub of industry and it was a thriving market town throughout the 20th century, as it still is today.
Skibbereen is the most significant town in Ireland in terms of its Famine heritage and it has an important role in commemorating this pivotal period. Every street in the town has its own story and the people of Skibbereen are extremely proud of its unique  heritage told though Skibbereen: The Famine Story.