School roll books are attendance records for schools and are a valuable resource for the genealogist. They provide information on when one’s ancestor attended school, the address and West Cork townland of the family homeplace and sometimes other family history information too. They are a useful auxiliary source when tracing your West Cork ancestors.

Thanks to the principals of the various schools, and our willing volunteers, Skibbereen Heritage Centre is transcribing some of these local school roll books. 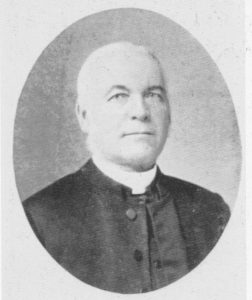 Baltimore Fisheries School (later to become known as Baltimore Industrial School) was established by Father Davis in the 1886 as a vocational school to teach boys the skills of boat-building, net making and repair etc. It was funded by the British Government (£5,000), the Grand Jury (£1,000) and the Duke of Norfolk (£500) with a public subscription to assist its completion. It was officially opened by Baroness Angela Burdett Coutts who had provided philanthropic support to the fishing industry in Baltimore.

Due to a slump in the fishing industry, Baltimore Fisheries School began to admit orphan boys and was transformed, over time, into a so-called ‘Industrial School’ which was infamous for its harsh treatment of the resident boys. A Commission to enquire into historical child abuse in 2000 said that ‘Experience of life in Baltimore School as recounted by the witnesses was so harsh and deprived by the standards of today as to verge on the unbelievable’ during the 1930s and ’40s. The school was closed in 1950.

The records of Baltimore Fisheries School were destroyed, however, the boys’ medical records for a few years survive. These, as well as information from local school registers can be seen on this database.
To search this database, click Search

LEARN ABOUT OUR GENEALOGY SERVICE

With the help of our data-inputter Deirdre, and volunteers Patricia, William and Barry, Skibbereen Heritage Centre has a database of over 350,000 local records. Many of these are available to search free of charge on the links below.