The Excavation of the McCarthy Home

We are delighted that students and staff from the University of Maryland are returning next week to Skibbereen to carry out an archaeology excavation of a local site.

This is their fourth year returning to the Skibbereen area and Skibbereen Heritage Centre staff have facilitated their work locally and have really enjoyed being a part of it.

This year, they plan to return to carry out further excavations at the McCarthy house which they started in 2018 and so we thought it would be a good opportunity to give an overview of what has happened to date before we embark on this year’s story.

Like many other families in West Cork, the McCarthy family were evicted from their home and were forced to emigrate. Thanks to the investigative work of Margaret, our genealogist, their descendants were able to visit the ‘home place’ near Baltimore when they first returned to West Cork in 2018.

It meant the world to these McCarthys from Wales to return to the site and no doubt their ancestors would have been very happy to see the ‘blood returning home’ over 100 years later.

And when University of Maryland staff made contact about starting work on a new site, we put them in touch with the current owners of the site who generously said that they could excavate the old McCarthy homestead.

Work began in June 2018 and the students and staff began to literally uncover the home and lives of the McCarthy family. 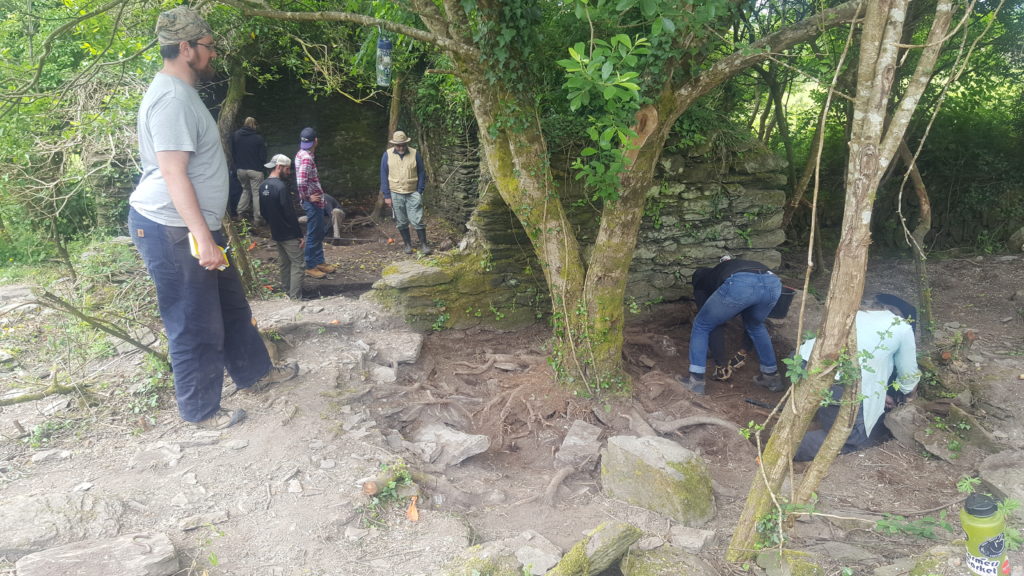 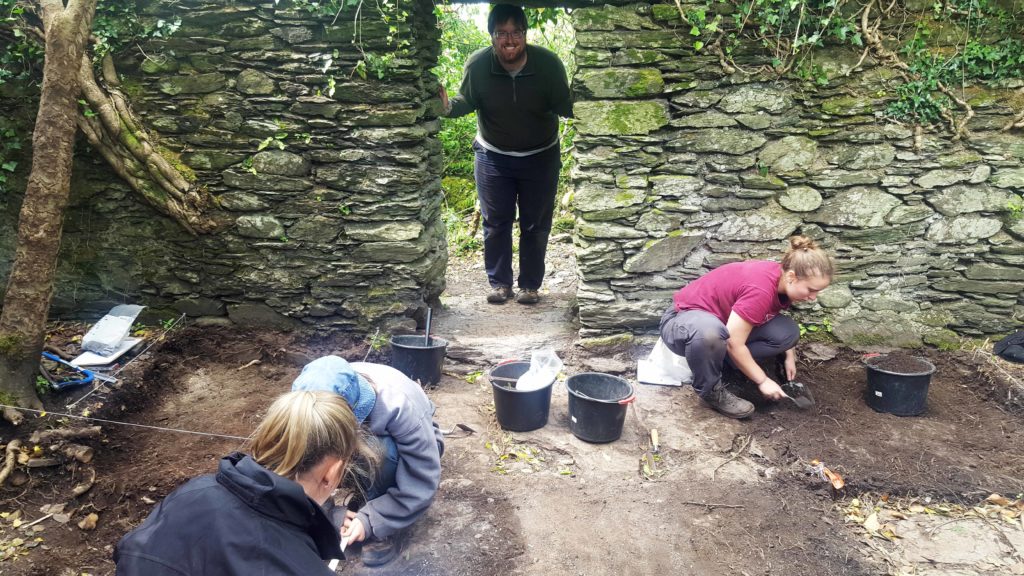 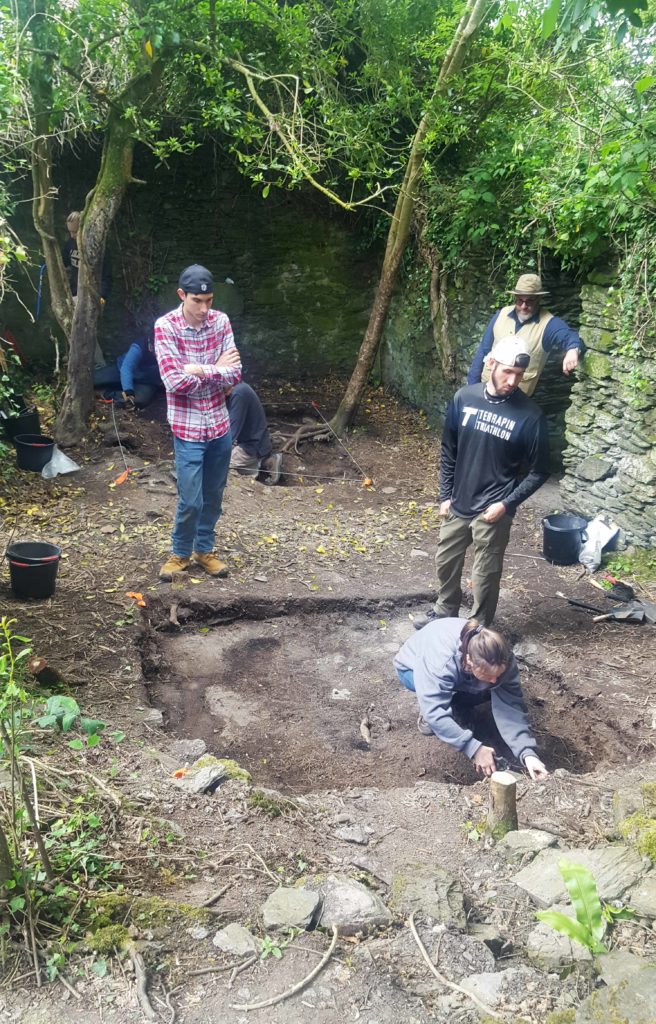 It wasn’t long before features in the house began to appear, such as the paved slabs of the floor and the fireplace. 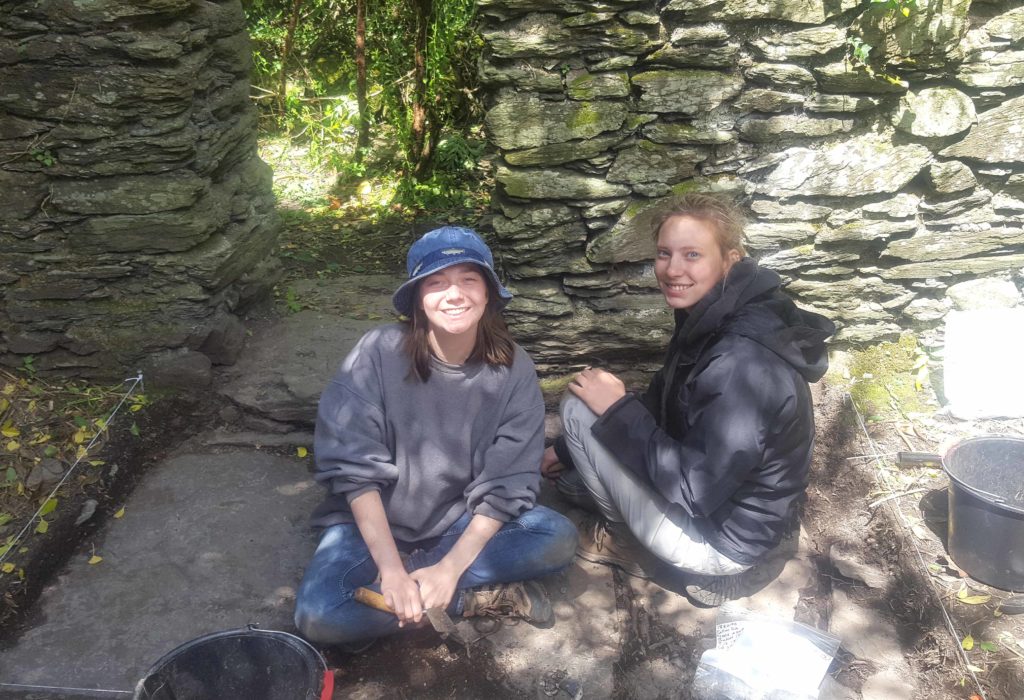 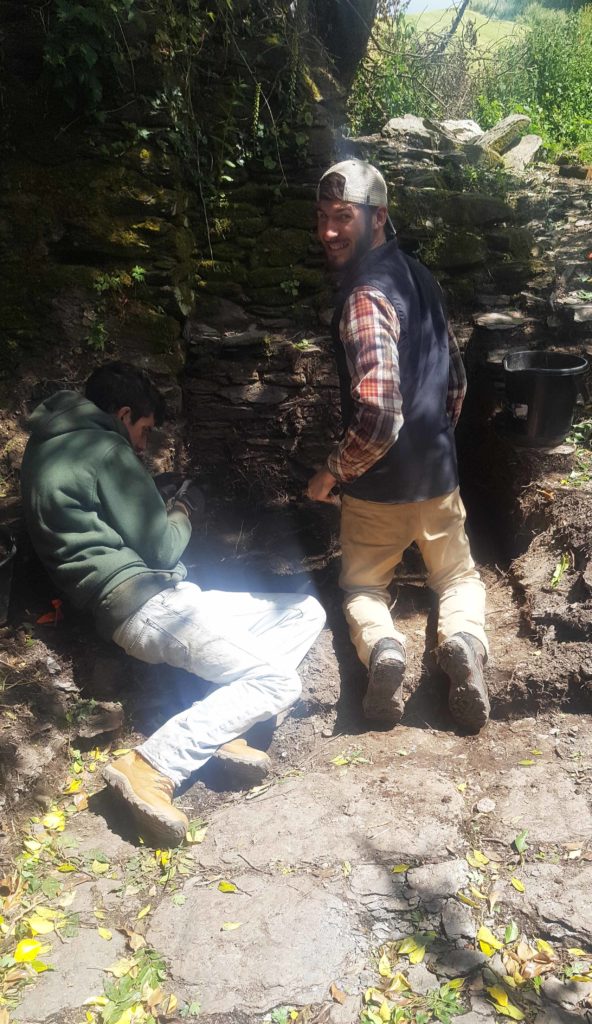 And, as the weeks went on, we began to see what these features would have looked like originally. 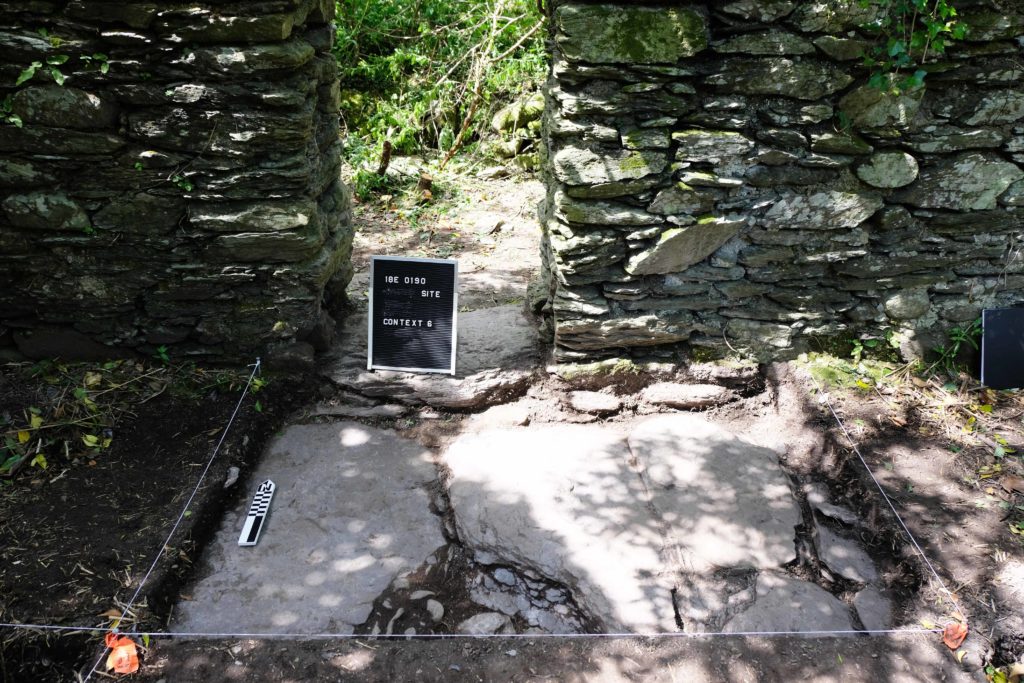 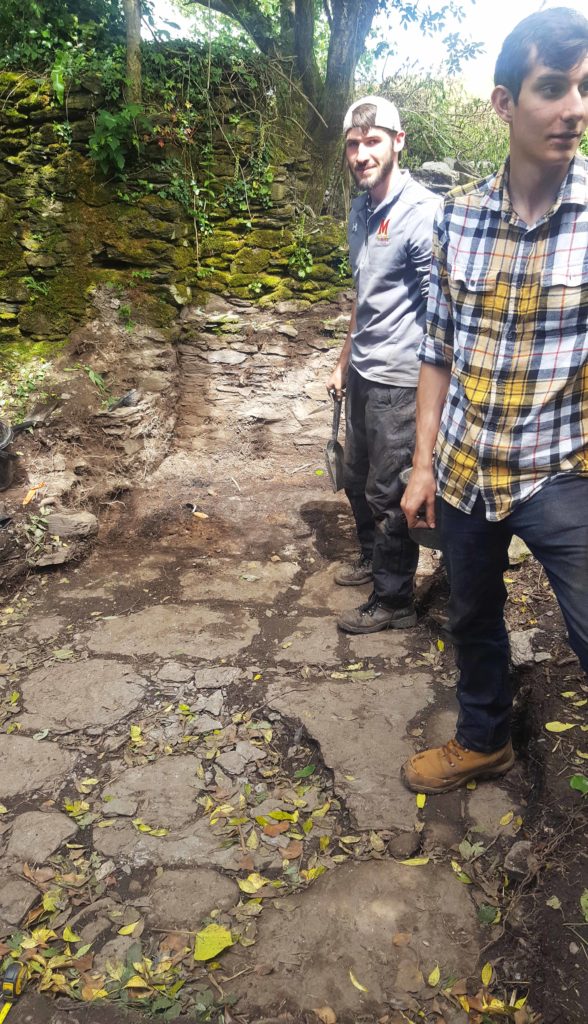 And the artefacts appeared too …. 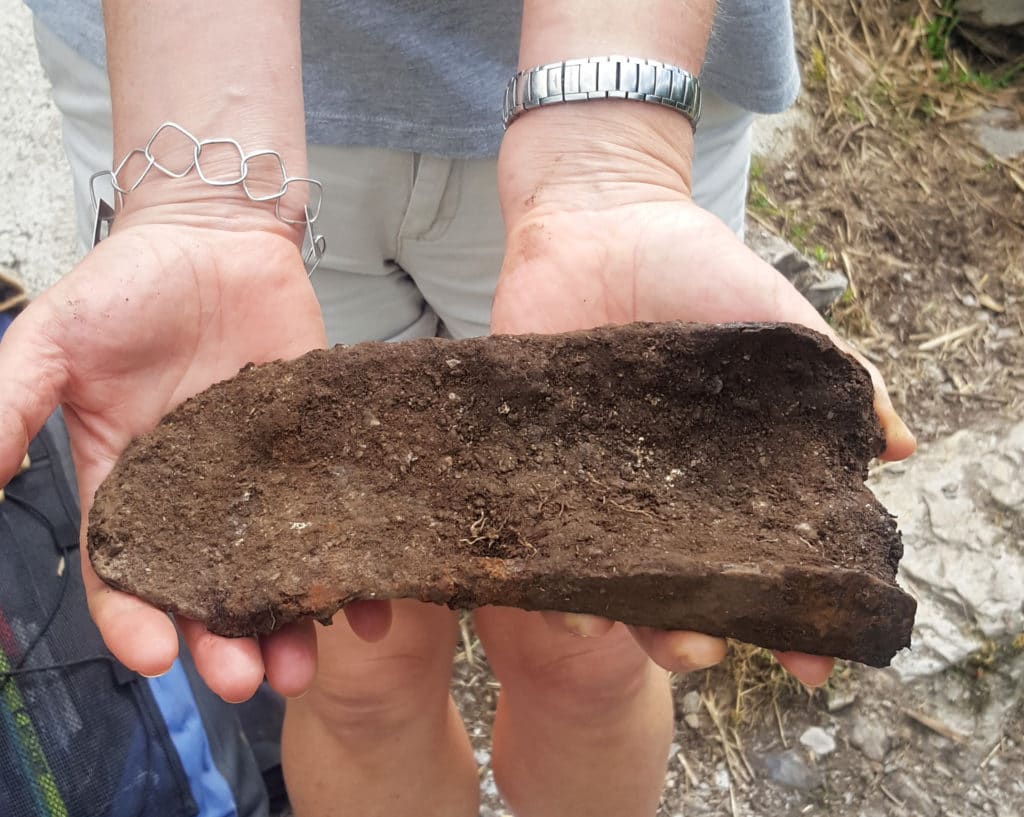 And Peter McCarthy, whose father Jeremiah was born in this house, was certainly moved by the artefacts when he visited Skibbereen Heritage Centre with his wife Pat. 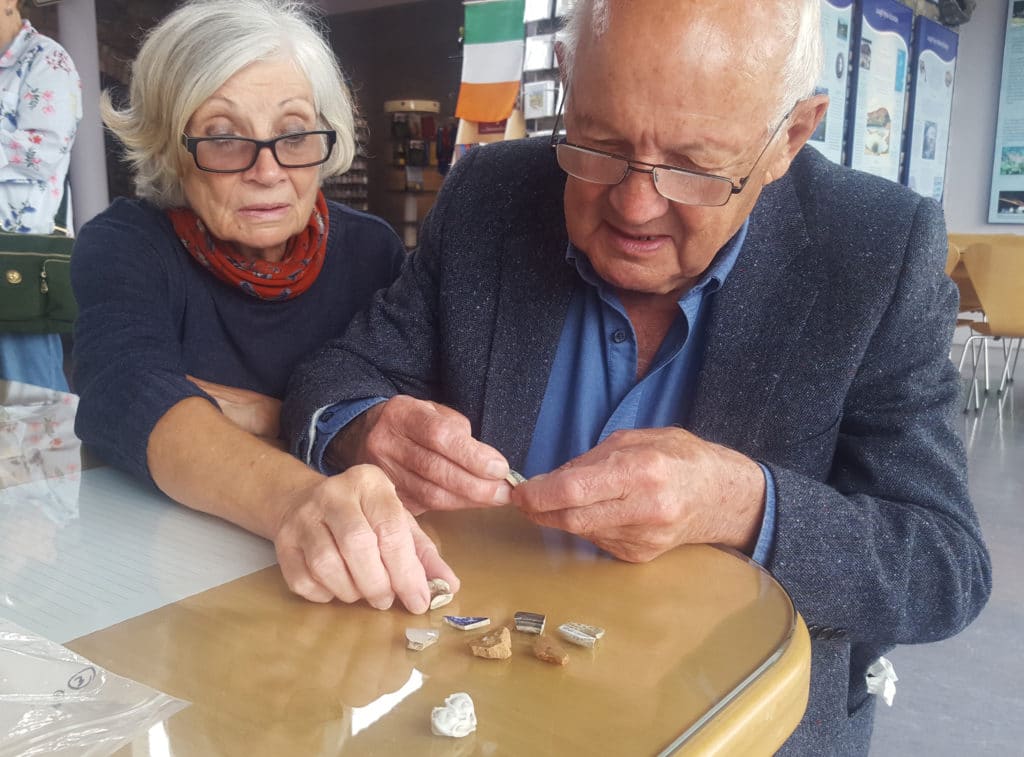 We look forward to what the 2019 excavation uncovers as, no doubt, Peter McCarthy and his family do. We will keep you updated…