Proposed by Earl Grey, and named in his honour, this scheme would take young girls, who were seen as a burden on the overcrowded Workhouses of Ireland, to Australia where there was a severe shortage of women.

Jane Leary was one of the Skibbereen orphans sent to Australia under the Earl Grey scheme. Jane never knew the names of her parents, nor how old she was, but she was probably aged around 14 when she arrived at Port Philip after three months at sea in March 1850.

On arrival in Australia, the young girls were indentured to employers as domestic servants for a defined period and Jane’s fate was to be a servant of a Mrs Rice of Geelong for 6 months.

Jane went on to marry an Englishman, Thomas Constable, in 1852 in Scots Church. They first went to the Catholic church to be married, but Thomas refused to abide by the Catholic rites. He said to Jane, “Are you going to follow me Ginny, or are you going to stay here with your father.” Jane followed him. She later said to her grandchildren, “Bad cess that I did,” but they were married for over fifty years.

Their first child Mary Jane drowned on the Ballarat gold fields in 1854. She was just two and a half years old. Jane went on to have eight more children. Jane died in 1914, aged around 80, a few weeks after she fell and fractured her hip while feeding chickens. She is buried with her husband Thomas in the pioneer cemetery in Geelong. 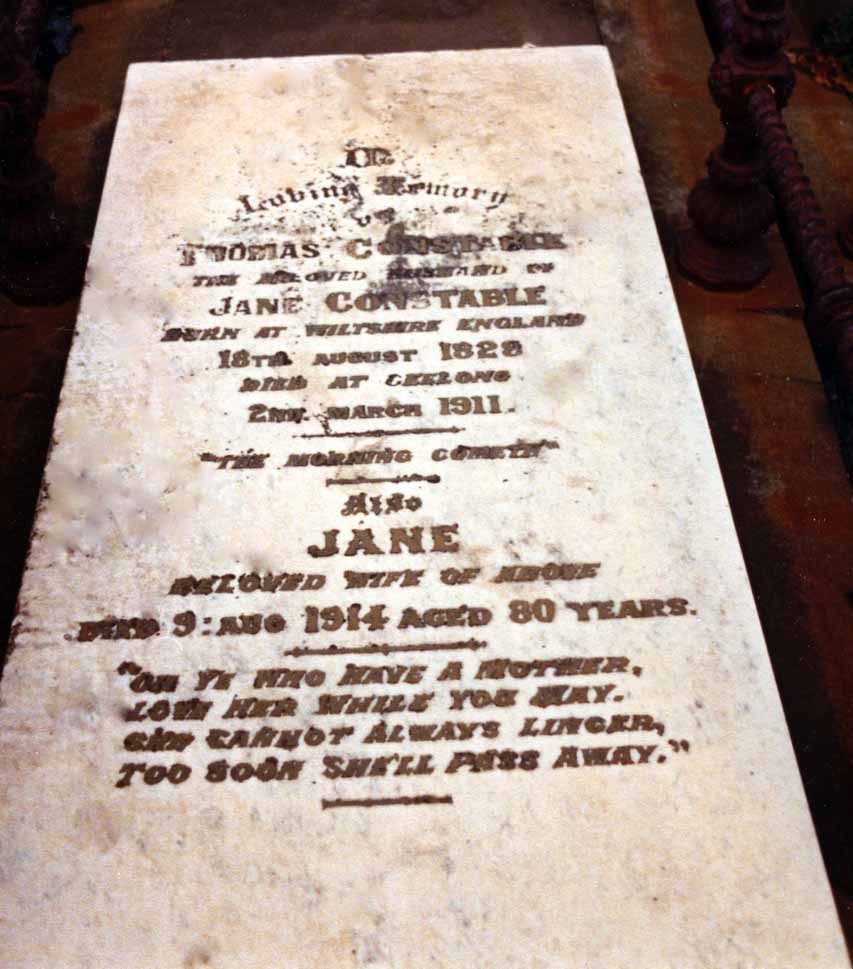 Jane was a brave and determined survivor, however, it seems she may have been affected by her traumatic childhood in Skibbereen. In 1882, she went missing from her home after suffering what we would now call a mental breakdown, then described as ‘symptoms of insanity’. She was found a week later some distance away.

Jane’s descendants number in the many hundreds and her youngest descendants are now 7th generation Australians.

Jane’s third child was the great grandfather of Dr Judith Constable. Judith and her daughter have returned to Skibbereen several times to research Jane’s life and to bring her story home to Skibbereen.

Jane’s is one of the many stories we have heard over the years at Skibbereen Heritage Centre from the descendants of these girls. Some of the orphan girls died very young; some had extremely harsh lives and others flourished in their new country. The vast majority of them would never see  the shores of Ireland again. But all are remembered, including our 110 girls from Skibbereen and the brave and stalwart Jane Leary.

A Tribute to Pat Cleary