Some years ago, the memorial plaque of John Stephen Sweetnam was handed into Skibbereen Heritage Centre. These memorial plaques were given to the families of those who died during WW1.

Stephen Sweetnam (as he was known) was killed in action in April 1916, aged just 23. His memorial plaque had been purchased at an auction in England and a kind soul wanted to return it to its rightful place with his family in West Cork.

Despite our best efforts, we were unable to locate any remaining family in the area. We discovered that Lieutenant Sweetnam had lived with his uncle who was a Vicar in Aughadown Church of Ireland. His memorial plaque is now on display ‘at home’ in this church where his uncle served.

After his death, Lieutenant Sweetnam’s letters to his aunt were published in the local newspaper The Skibbereen Eagle. Also published was a letter from a fellow officer which stated that ‘a more cheerful kind-hearted man I never lived with … I lost in him a most valuable officer, and a delightful companion.’

John Stephen Sweetnam. One of the many young West Cork men who died during the Great War. They are not forgotten. 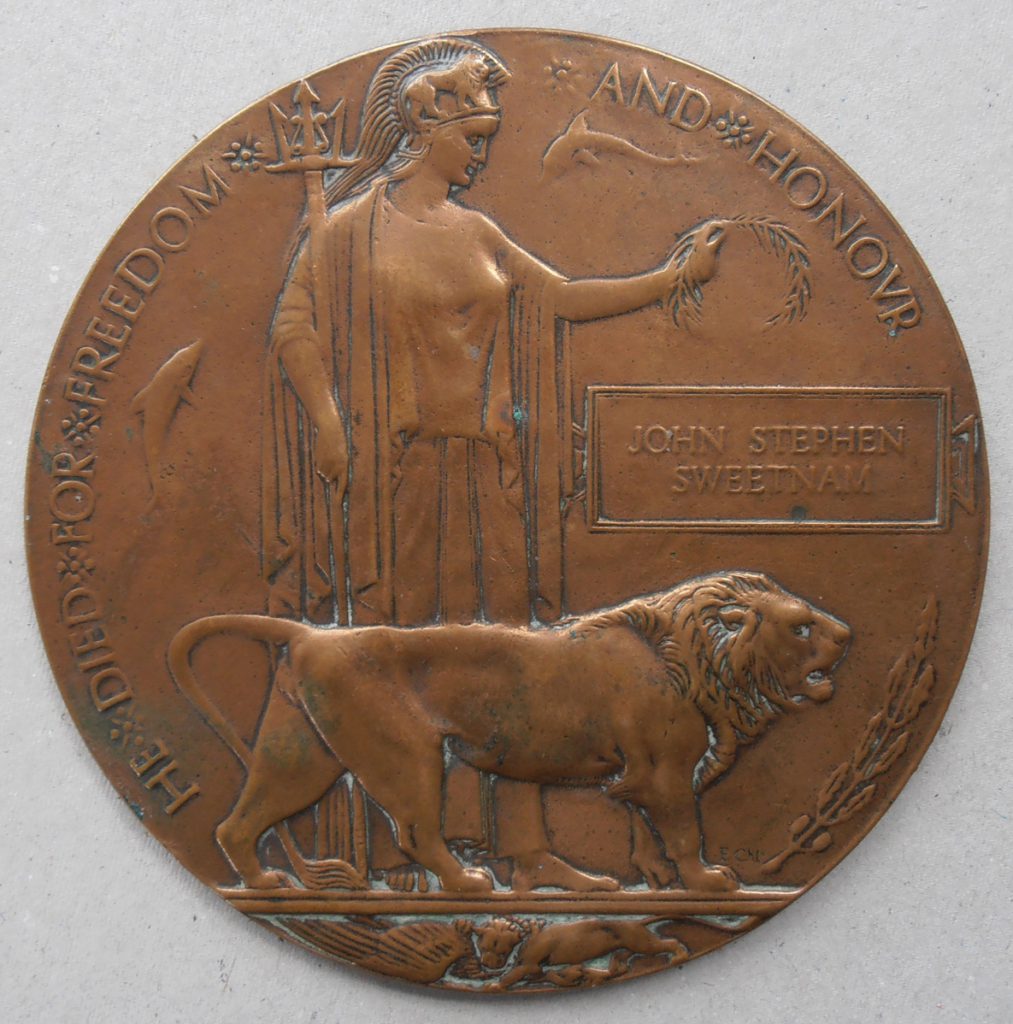