We are delighted to witness the transformation of one of Skibbereen’s historic buildings.
The former St Fachtna’s De La Salle High School building, now owned by the multi-award winning technology company, Spearline, is undergoing a major renovation. It is truly wonderful to see a heritage building coming back to life and being restored and conserved.

There is some uncertainty as to the date it was built but it seems a school first opened here between April 1846 and early 1847.

At that time, the main road into Skibbereen from the North ran behind this building. During the Great Famine a riot took place at this site on Wednesday the 30th of September 1846. 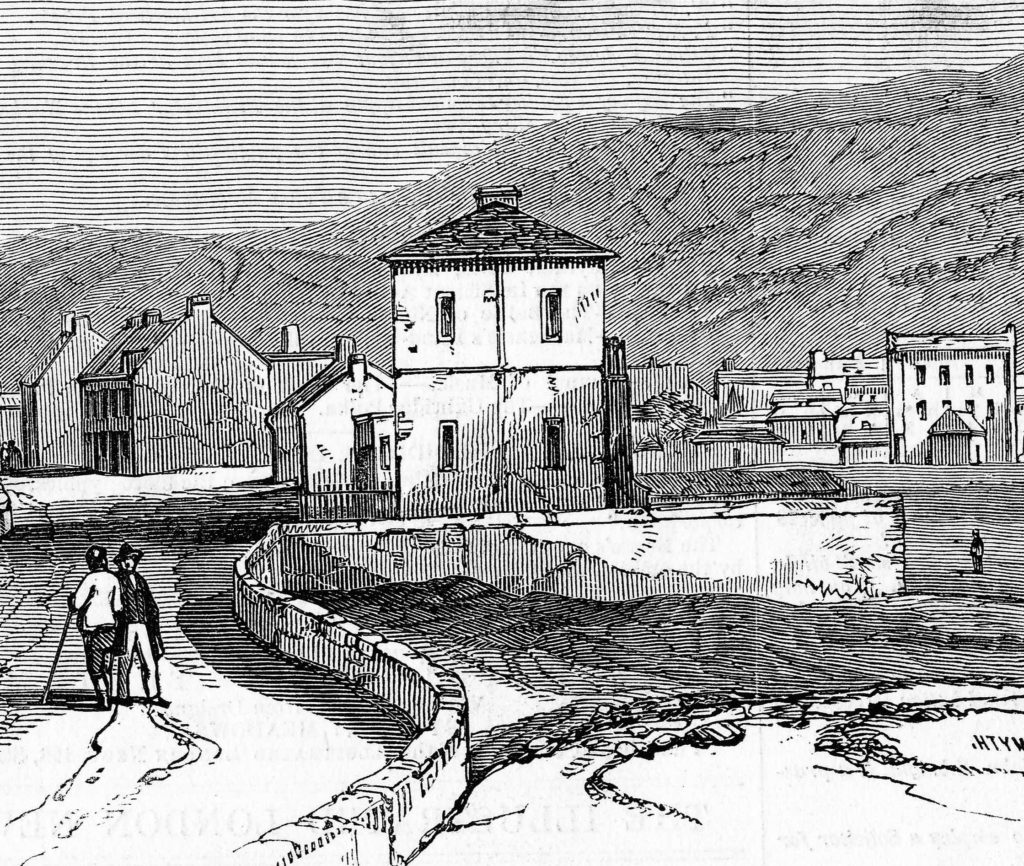 On that day, around 1000 starving men, workers on the Caheragh famine relief scheme, marched into Skibbereen to protest about late-payment of their wages. There was a huge bureaucratic machine driving the relief works, and mistakes were frequently made.

Dr Dan Donovan was riding into Skibbereen from the country and passed the men as they marched into the town. Dr Dan warned the townspeople of their approach:

those once stalwart men but now emaciated spectres … marched along, bearing upon their shoulders their … spades, shovels etc … in the glitter of a blazing sun

Skibbereen prepared for a riot; shops were shuttered, doors were locked and some 75 soldiers assembled near the school. The soldiers primed and loaded their guns as the Caheragh men approached.

A local Justice of the Peace, Michael Galwey, intervened and some food was distributed. However, the demonstrators stayed on here for about 4 hours despite the appeals of Mr Galwey for them to disperse. He even tried reading them the Riot Act but the Caheragh men’s constant reply was that they ‘might as well be shot as not’ as they had not tasted food for so long. This dangerous situation was eventually diffused and the men returned to Caheragh.

A few months later, Cork artist James Mahony visited Skibbereen. His sketch of this building featured in the The Illustrated London News in February 1847 alongside harrowing descriptions of the Famine in Skibbereen.

This building continued to be used as a school until 2016 when it finally closed its doors to the students of Skibbereen. Thankfully, it was not allowed to fall into disrepair, as is the case with so many old buildings.

Spearline are doing a great job with its restoration and we are very, very happy to see this important building restored. Thank you Spearline!