We are happy to report that is now a new sign at Drinagh West and also at Aughadown old graveyard, listing those known to be interred in these burial grounds as well as giving historical information on these medieval sites.

We’ve already posted on Aughadown so here is a little about Drinagh graveyard.

This graveyard at Drinagh was once the site of late medieval church which was in use up to the early 1800s, however, nothing remains of it today. The tower ruin that can still be seen today is from a later Church of Ireland church built in 1818.

This Drinagh graveyard has been in use for several centuries and contains numerous Roman Catholic burials in unmarked graves, with the earliest inscription dating to 1843 with just one grave believed to be a Church of Ireland burial. 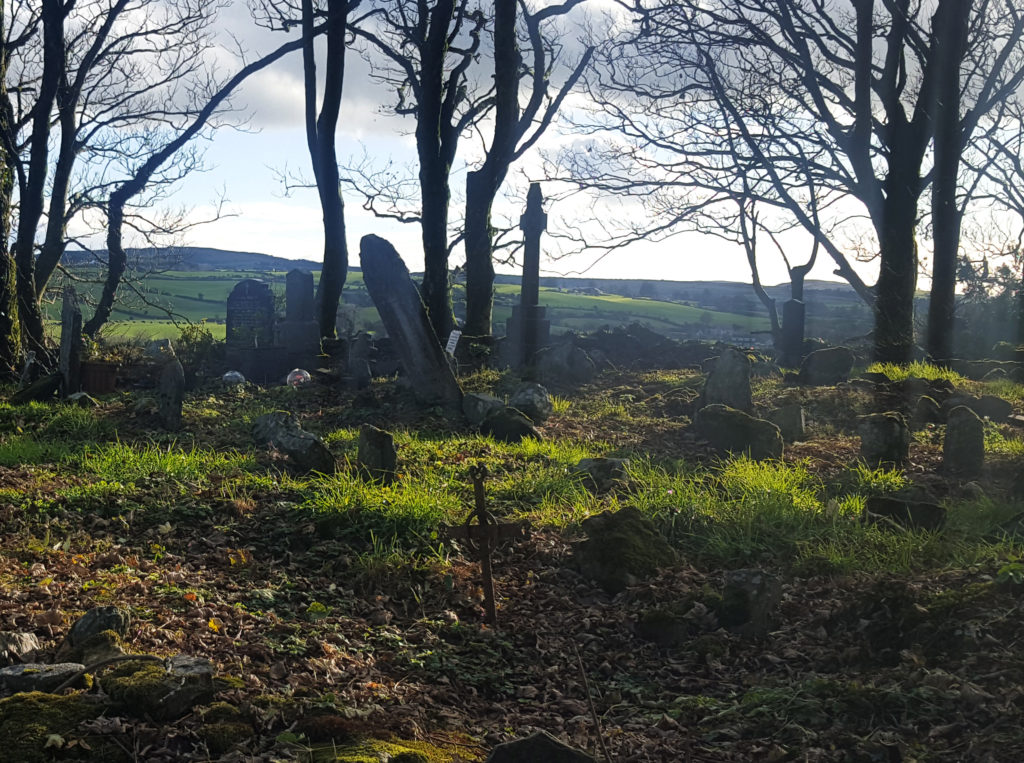 There was also a watch-house at this Drinagh graveyard, which was located in the left hand corner as you enter the site. Watch houses were small simple structures, once commonly found in graveyards, that were used to prevent bodysnatching. At one time cadavers could be sold to anatomy schools so relatives kept guard in these watch houses until the bodies of their loved ones were no longer fresh enough for the surgeons to use.

The signs at Drinagh and Aughadown are the third phase of the West Cork Graveyard project which surveyed a dozen historic graveyards in this area. Signs have already been erected at Creagh, Abbeymahon and Chapel Lane graveyards and it is hoped that other graveyard signs will be erected over time.

The signs are proudly supported by Cork County Council and put together by a group of volunteers,  Barry McMahon, William Casey and Margaret Murphy alongside Terri Kearney of Skibbereen Heritage Centre and Mac Dara O h-Icí of Cork County Council.