A Century as a Local Historian

Today is the 100th birthday of local historian Neily Bohane of Dromadoon, Lough Hyne and this was marked by centenary celebrations with friends and family in Baltimore this afternoon. 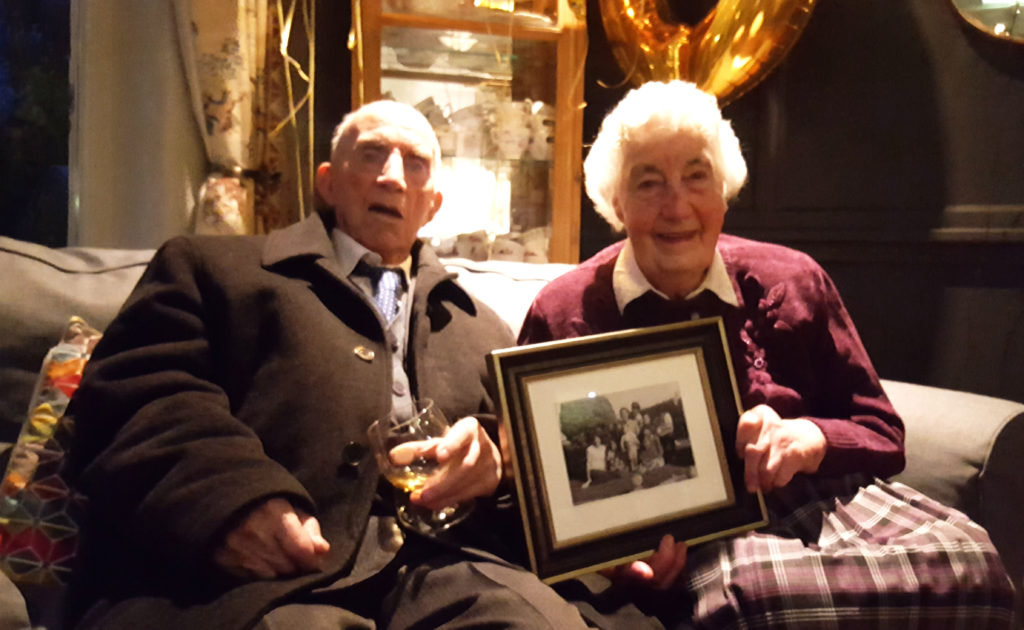 (Neily and Annie at this afternoon’s birthday celebrations with a gift from the marine scientists, Viv and John Thain)

Neily is an extraordinary man and has made a huge contribution to our local heritage. Not only does he have a superb memory of his 100 years in West Cork but is also a repository of generations of knowledge from those who came before him. 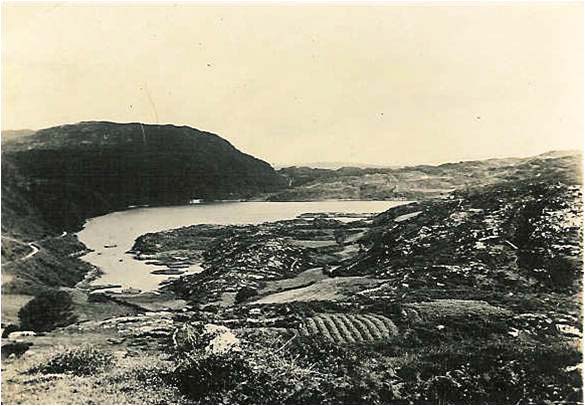 (Lough Hyne in times past) 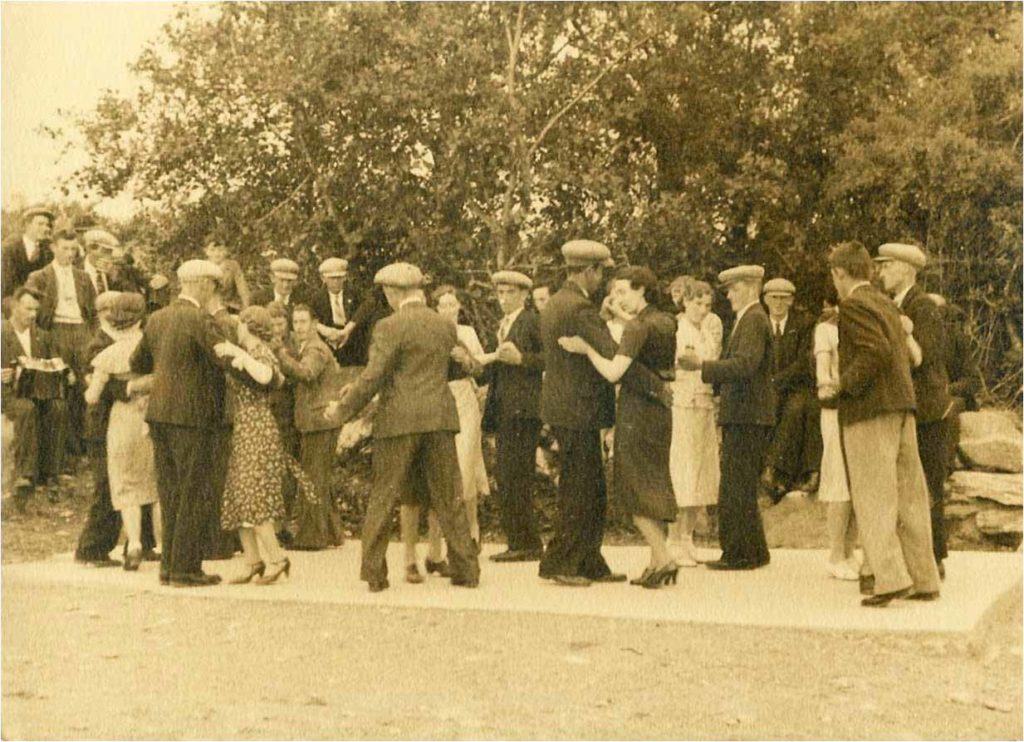 The Bohanes have lived in Dromadoon, overlooking Lough Hyne, as far back as records go and Neily is familiar with every piece of ground in the area. I was honoured to walk the land with Neily and record some of his stories about the people who had lived there as well as folklore about holy wells, cillíní and many other aspects of the local landscape. 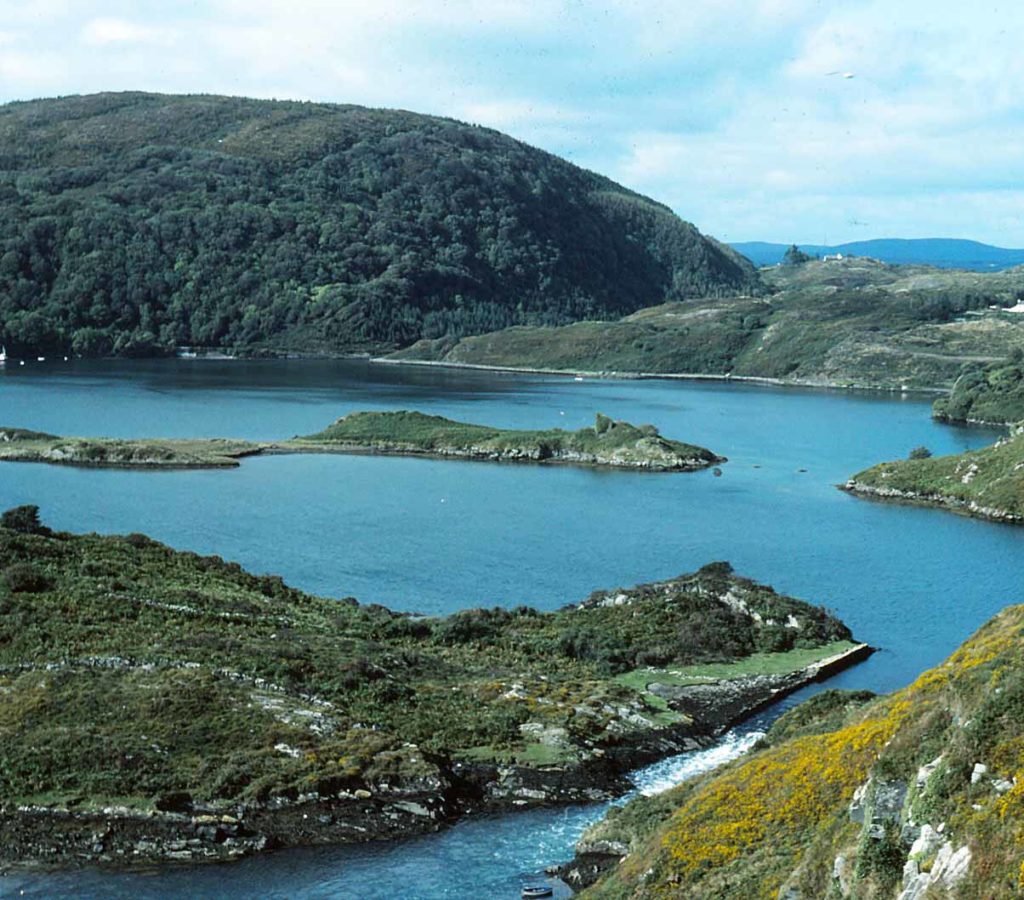 (The view from Neily and Annie’s house in Dromadoon) 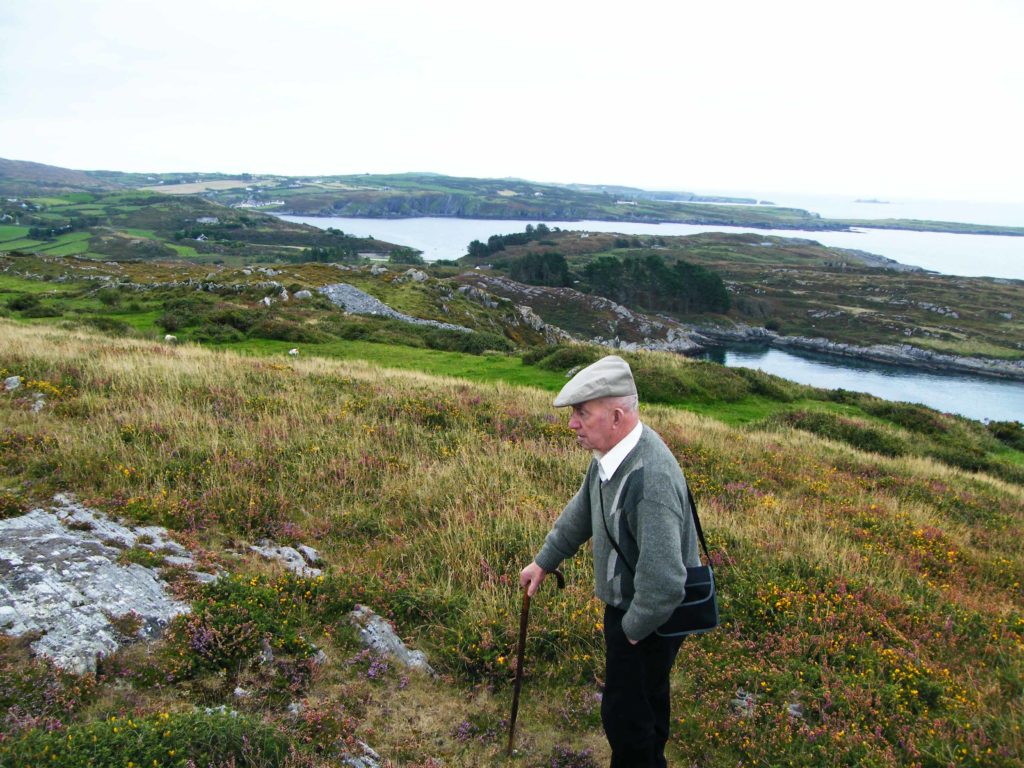 (Neily walking his farm at age 91)

Neily, like his father Corney before him, has had a varied working life as a fisherman, farmer, sand-boatman as well as doing carpentry work and other odd-jobs. He has a extensive knowledge of the West Cork coastline and can recount stories of sailing boats from another era; storms and shipwrecks in the area as well as former farming and fishing practices. He has all the old Irish names for fish and seaweeds as well as the name of every rock and field in the area. He knows how to make pots and nets by hand and what every old farm implement was used for as well as its name. 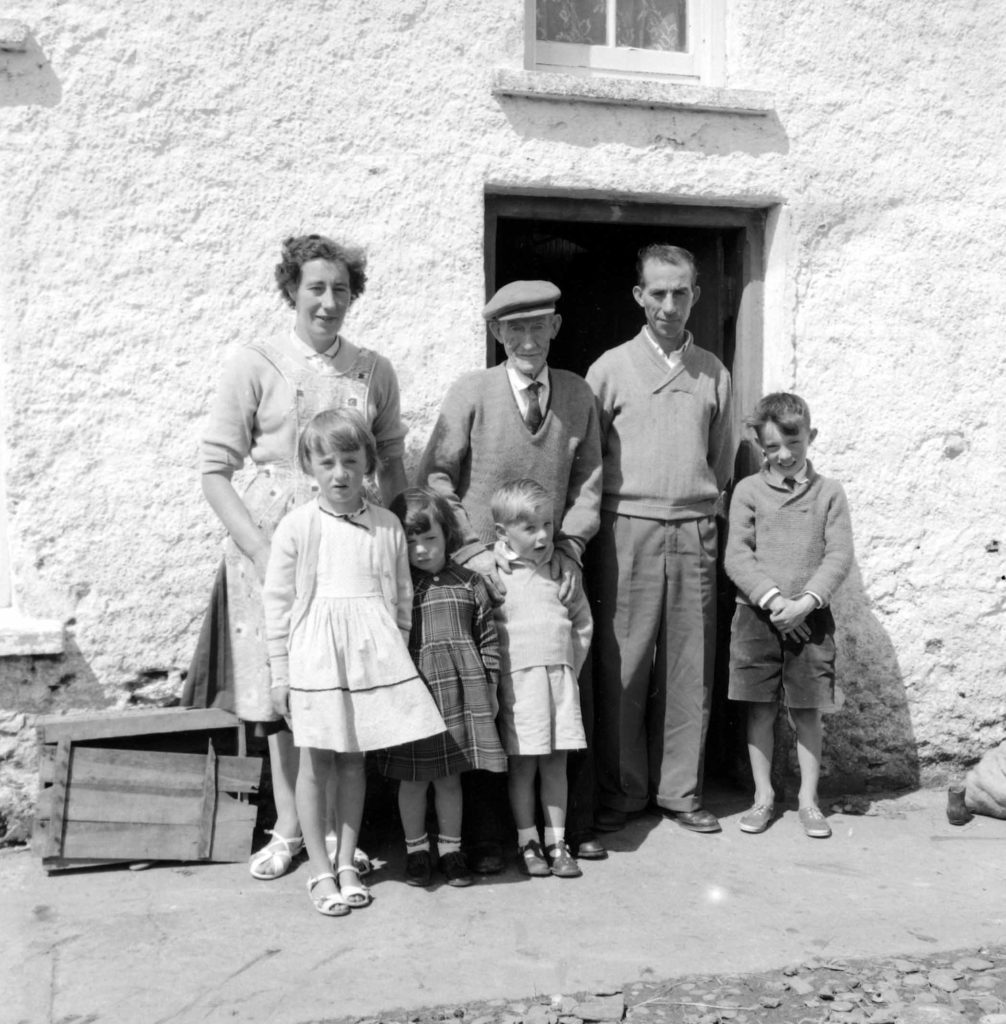 (Neily, Annie and family with his father Corney)

Neily and his brother John also provided huge support to the scientific workers at Lough Hyne over the decades. They operated an ad hoc ferry service for the researchers and their equipment across the Lough and they also helped out in other practical ways with their extensive local knowledge and wide range of skills. They were wardens at Lough Hyne and oversaw activities at the lake for many decades. 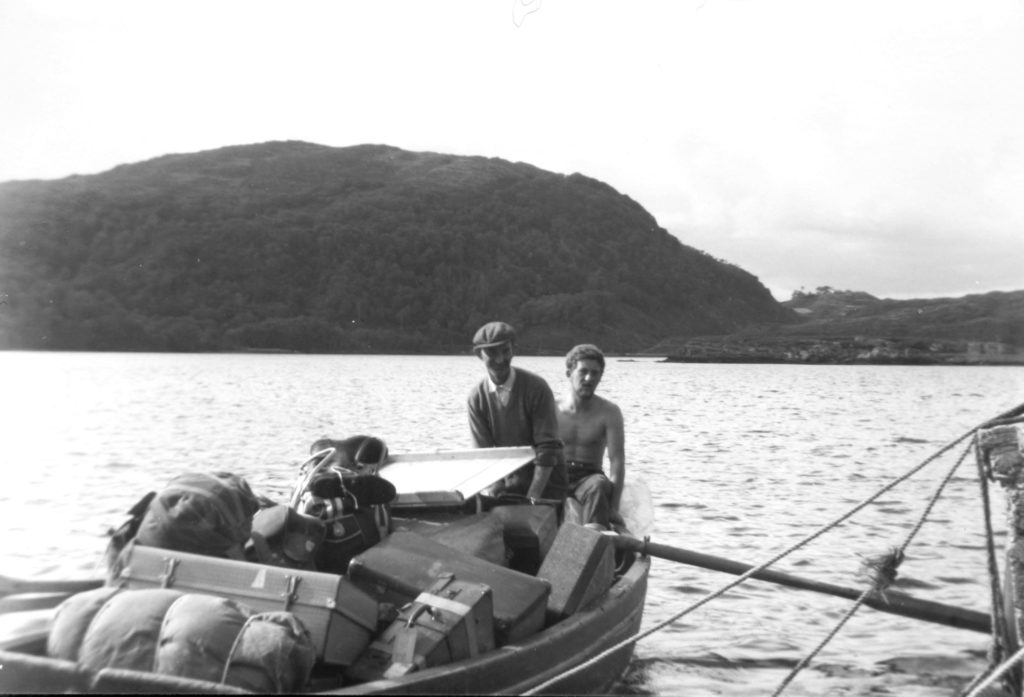 (John Bohane ferrying provisions to the scientists in the 1950s) 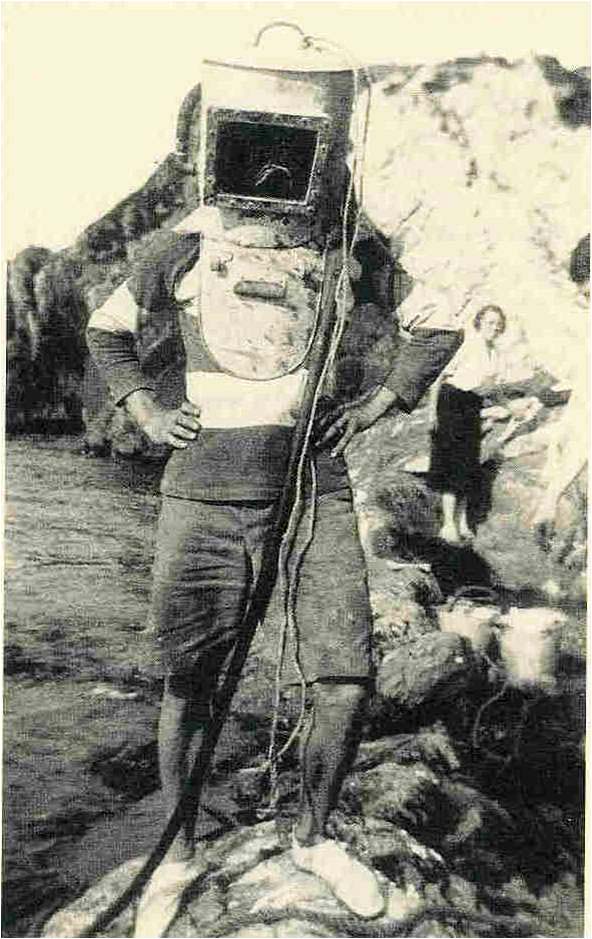 (Jack Kitching in a diving helmet made from a churn)

And – of course – they became close friends with the marine researchers. The Bohane household was known for its card-playing and whiskey-drinking as well as poetry and story-telling marathon sessions. Generations of overseas scientists experienced a true Irish welcome from Neily and Annie and their family as well as at nearby John and Philomena’s. Neily and his wife Annie were generous hosts and many of these former researchers have fond memories of get-togethers that went on until the early hours.

And I was also lucky enough to experience the wonderful hospitality of Neily and Annie as I interviewed and recorded them as contributors for two books on Lough Hyne: Lough Hyne: The Marine Researchers – in Pictures (2011) and Lough Hyne: From Prehistory to the Present (2013) with Neily launching both books. It was an honour to record some of their extensive local knowledge for posterity and I very much enjoyed my visits to their lovely home. We are also delighted that Neily and Annie also feature in the audio-visual presentation on Lough Hyne that is shown daily at Skibbereen Heritage Centre. 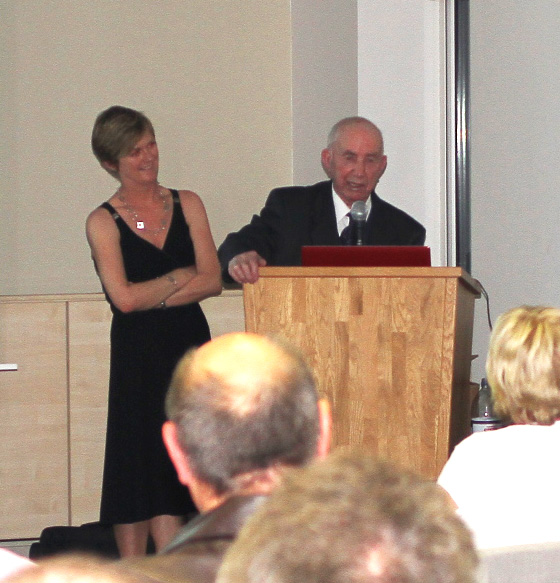 (Neily launching the book ‘Lough Hyne: The Marine Researchers in Pictures’ in 2011) 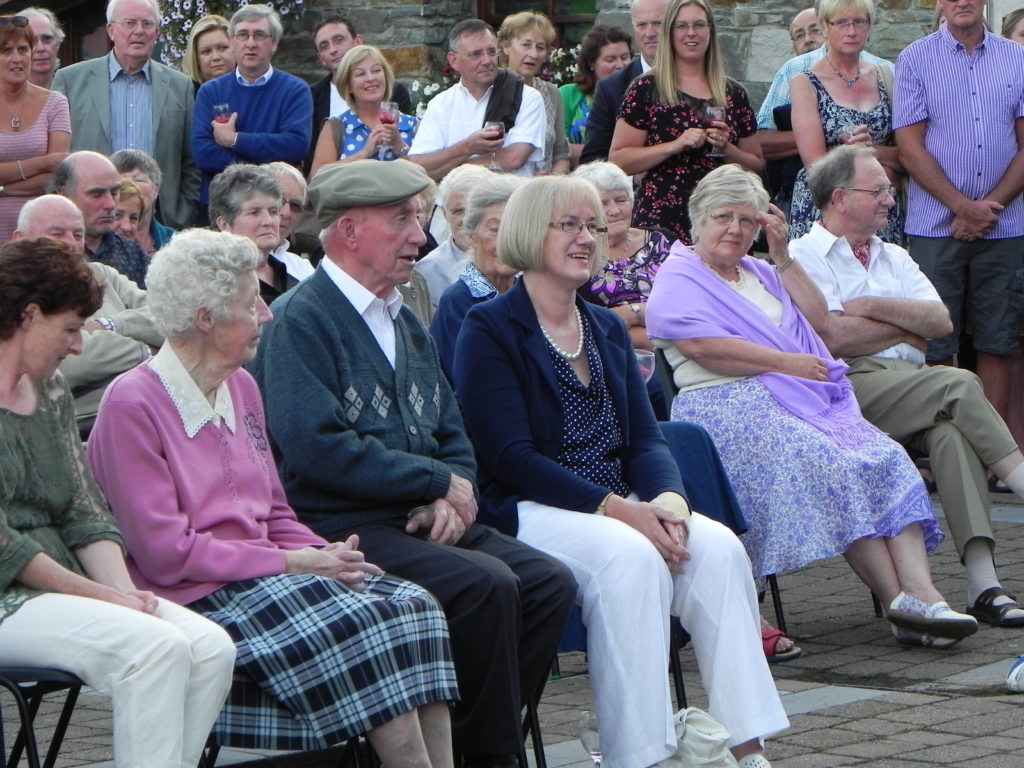 (Neily reciting a poem at the launch of the book ‘Lough Hyne: From Prehistory to the Present’ in 2013)

Neily’s love of poetry is well known and he has hundreds of poems in his head. He can recite all 132 lines of the famous Lough Hyne Saga without a pause (now transcribed in Lough Hyne: From Prehistory to the Present) and also loves riddles and puzzles. His extraordinary memory remains intact in his 100th year as does his warmth and sense of humour. 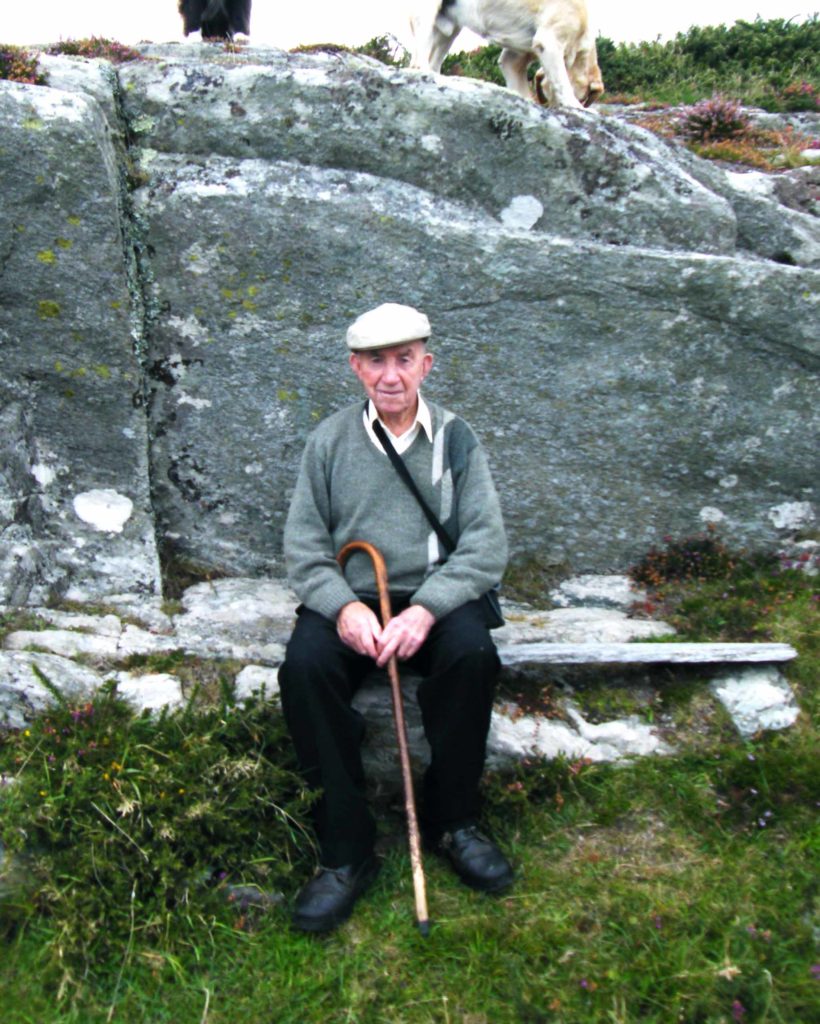 We are extremely fortunate to have Neily and Annie Bohane in our community and they are very highly regarded locally, most especially by the staff here at Skibbereen Heritage Centre. We would like to wish them both continued health and happiness in the years to come as they so richly deserve. It’s both a pleasure and an honour to know them as friends. 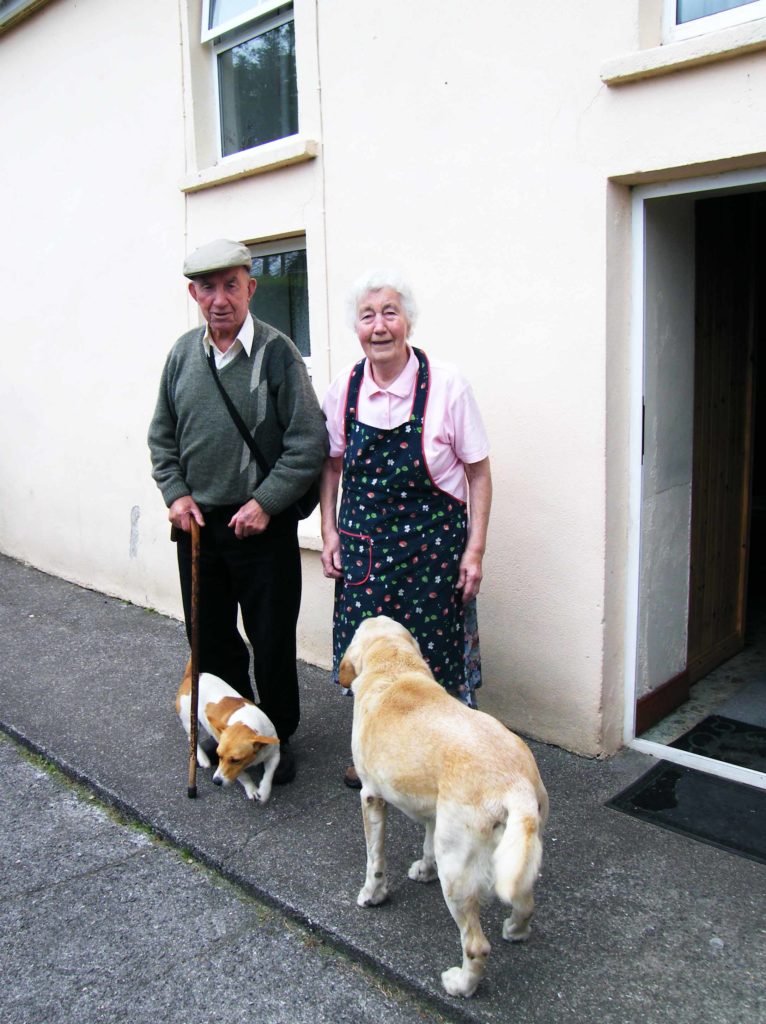