Drimoleague Old Graveyard is in the heart of West Cork.

(Watch a short film on this graveyard for a tour of the monuments and hear some of the stories of those buried here.)

The gable end of a medieval church is still standing on this site, and this ruin is surrounded by numerous graves, tombs and crypts from members of the Roman Catholic, Church of Ireland and Methodist communities. 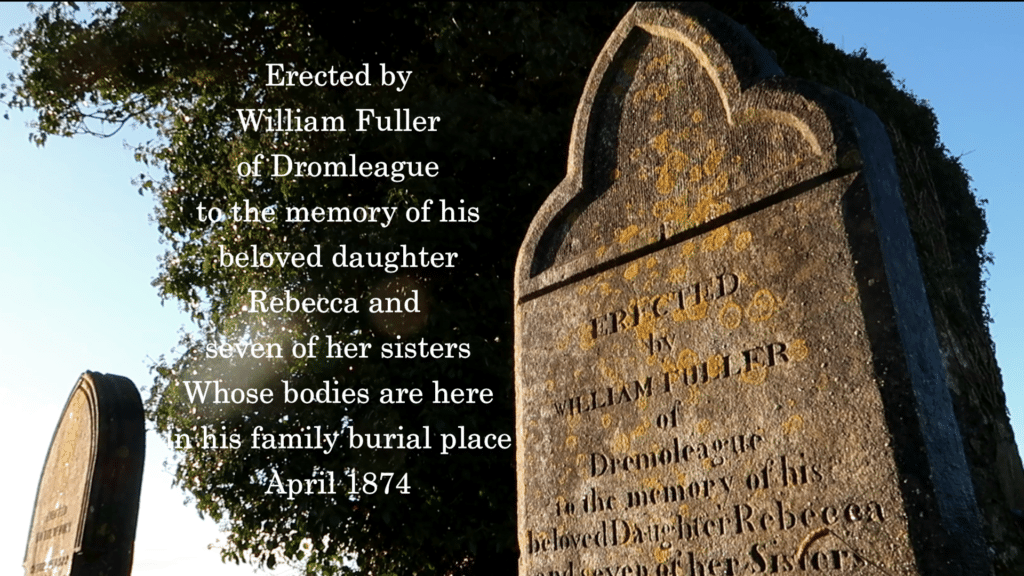 This site is known locally as the Rock and the origin of this name dates back to a time in Ireland when the sacrament of mass was forbidden under the Penal laws. And so a mass rock was erected as an altar, on higher ground just above the graveyard, where local Catholics could secretly attend mass outdoors.

Just inside the entrance at Drimoleague graveyard, there is a memorial dedicated to those buried in this site during the Great Famine, which was erected by the local community.

This marks the site of a mass grave, used during An Gorta Mór, Ireland’s Great Hunger of the 1840s and this mass grave site is known locally as ‘poll an gorta’. 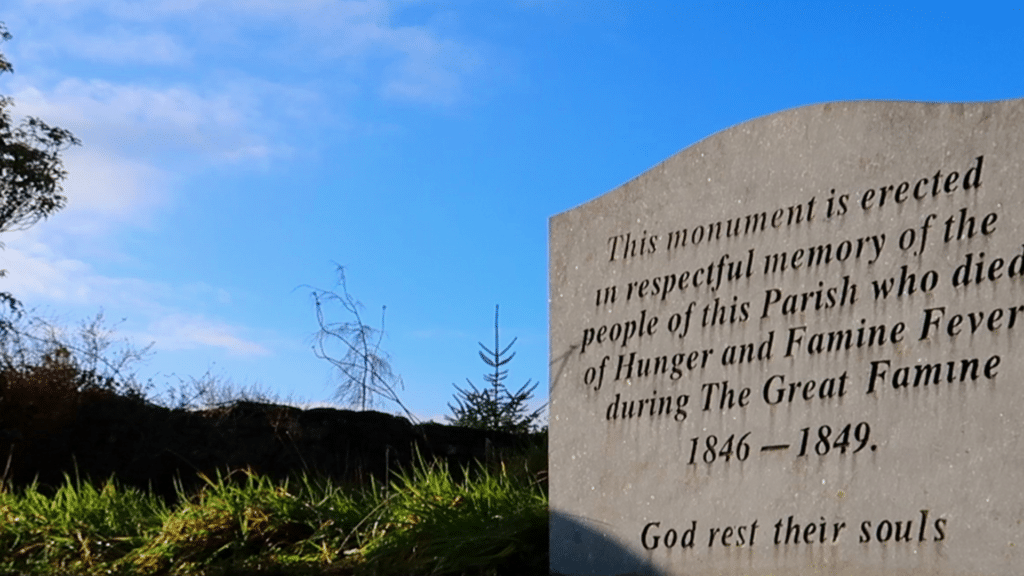 The other side of Drimoleague graveyard is the final resting place of John Mahoney, a soldier who served in World War One, who was known locally as ‘The Scorcher’. 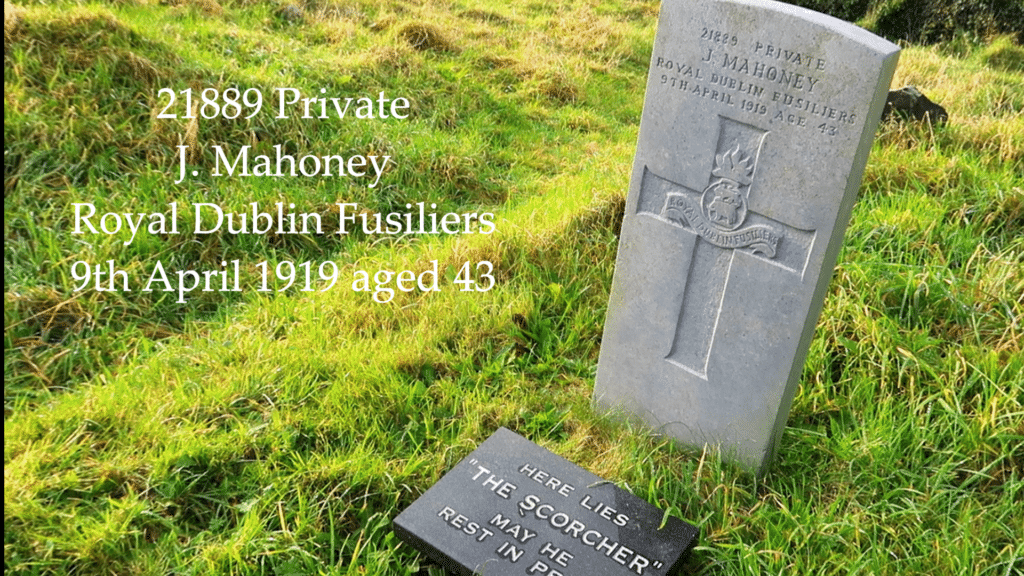 John gained his nickname for his prowess on the football field and the local football team, Clann na Ngael, is still known as ‘The Scorchers’ in his honour.

Near the back wall of the graveyard is this unusual memorial to William Feckman, a Methodist preacher who was highly regarded in West Cork. 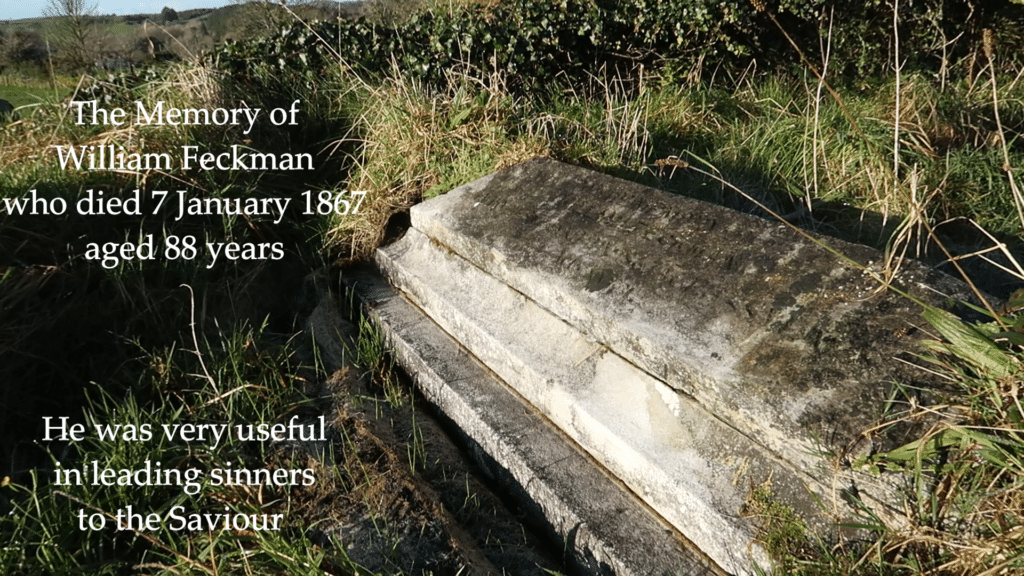 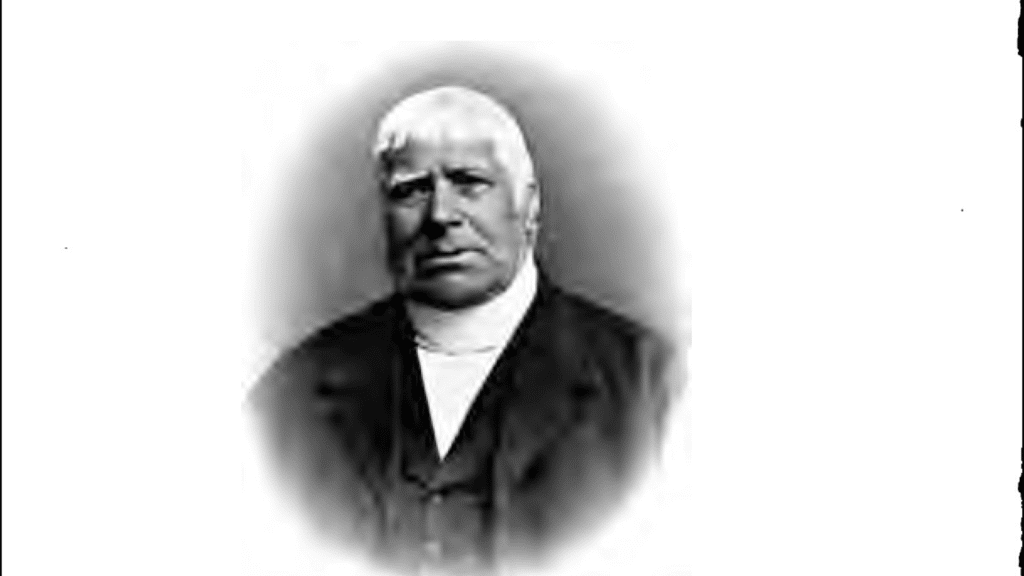 The William Feckman Memorial Methodist Chapel in Drimoleague is named in his honour. 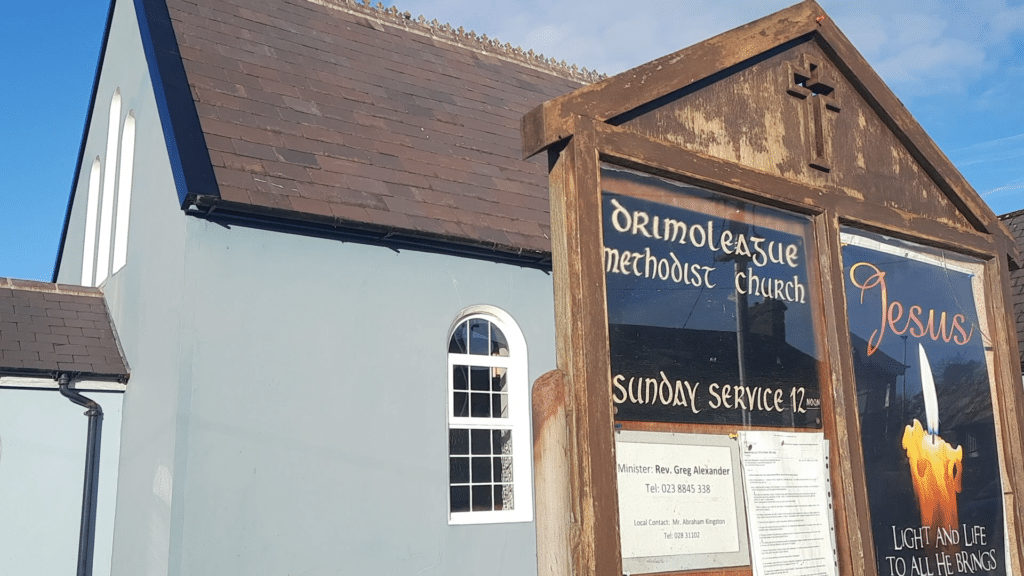 There are many other beautiful memorials in Drimoleague Old Graveyard, from simple, uninscribed stone markers to elaborate and ornate tombs and crypts. 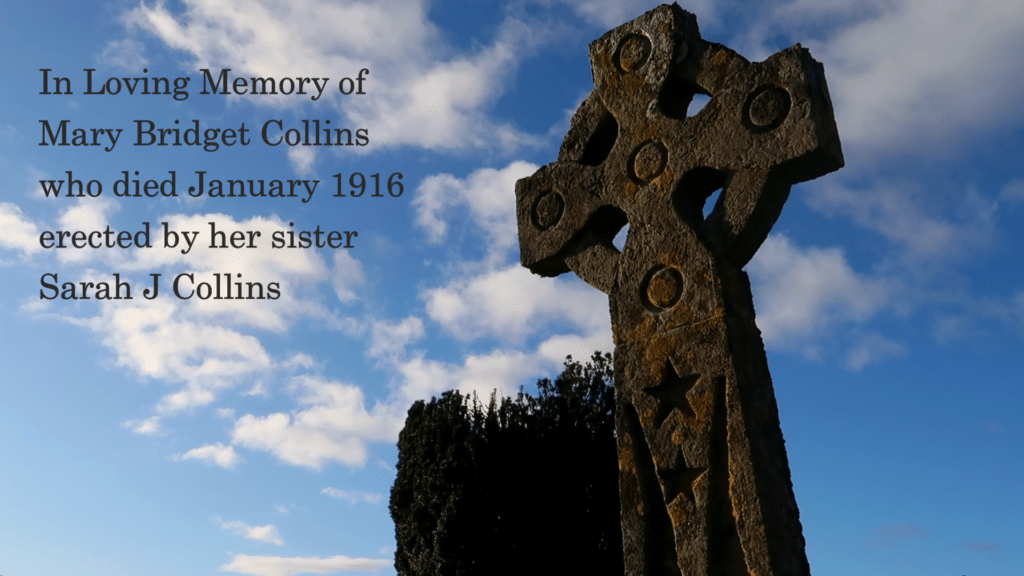 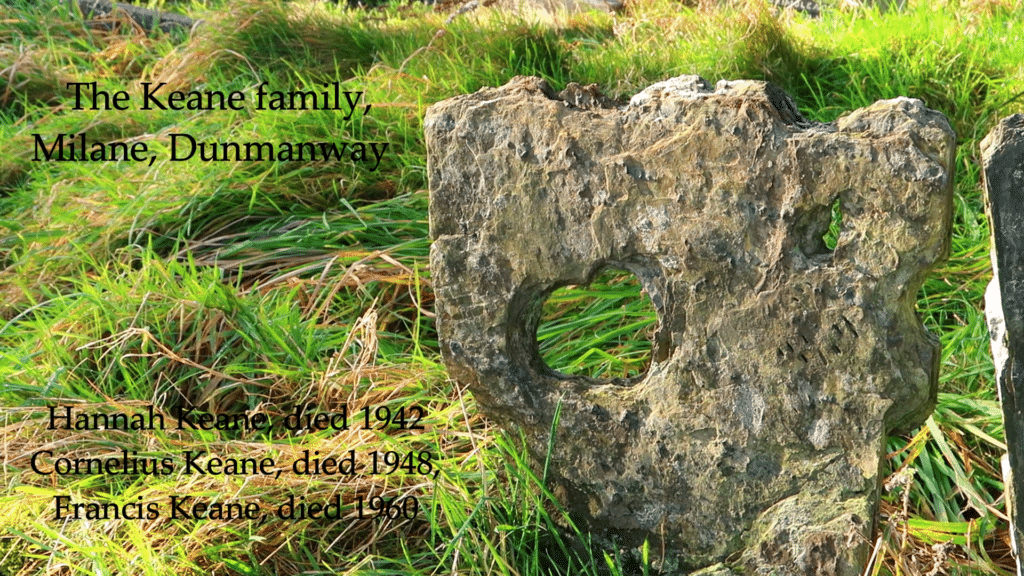 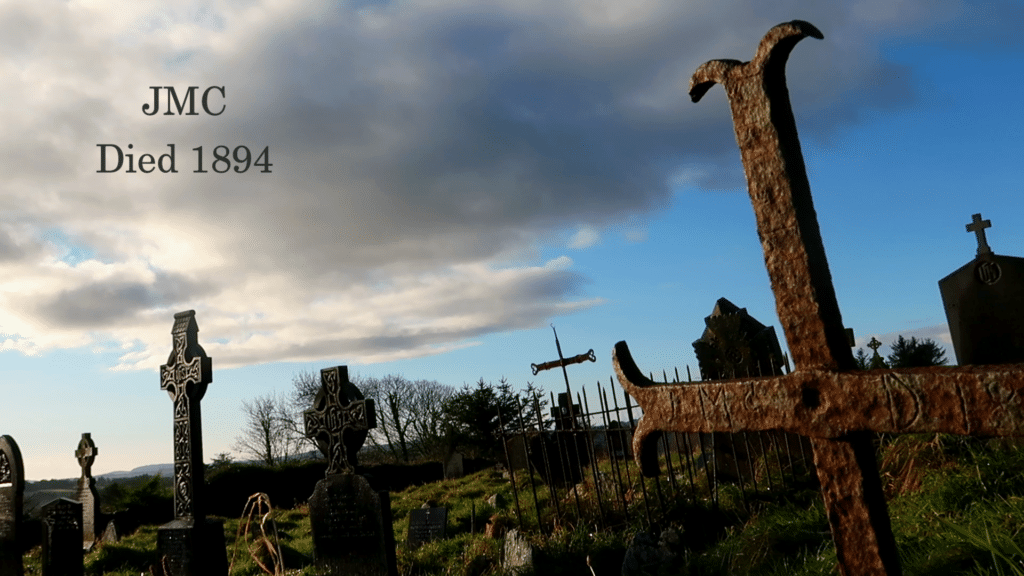 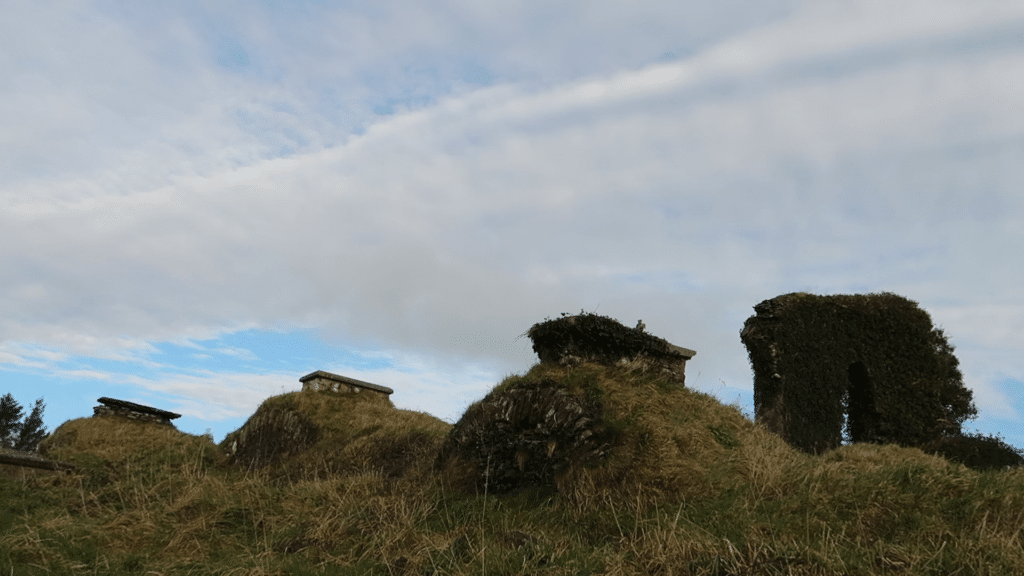 See the Drimoleague Old Graveyard Video for much more information on this beautiful graveyard.

With the support of Cork County Council, Skibbereen Heritage Centre erected a sign at the northern wall boundary of Drimoleague Old Graveyard in 2021.

Historic photograph taken on the morning after Bloody Sunday