Chapel Lane, also known as Kilmahon or the ‘Chapel Yard’, is located on the site of a Mass House that served the town of Skibbereen from Penal times until the late 1820s. It’s a large graveyard which is the final resting place for many of the people of Skibbereen and its surrounds. 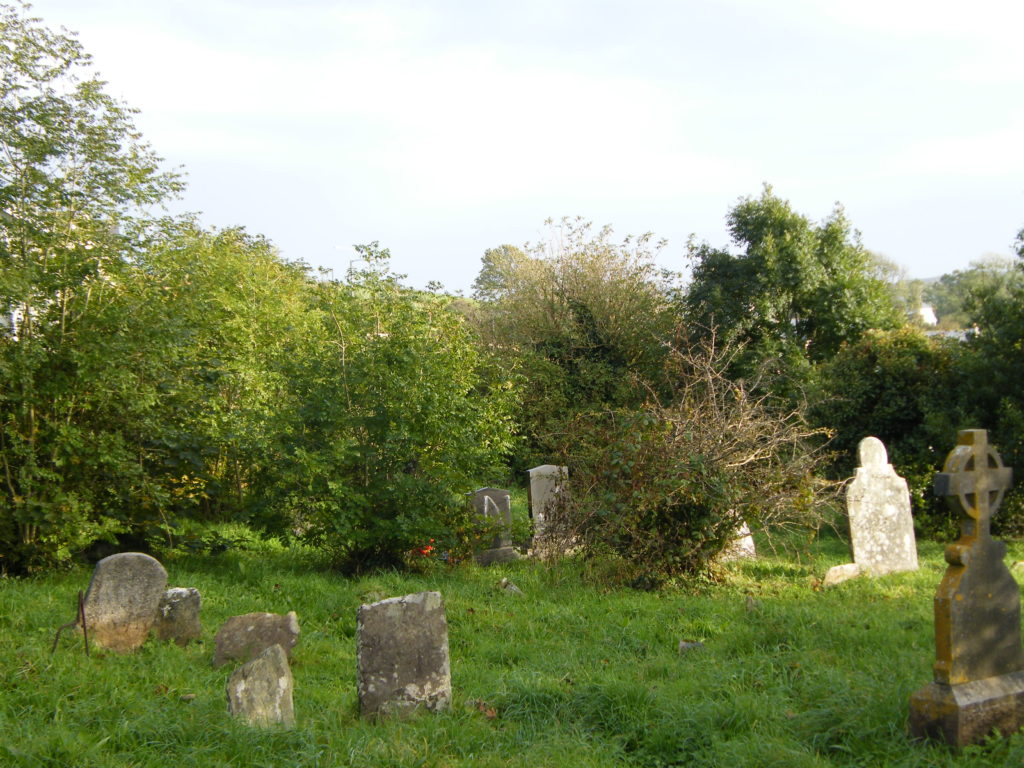 Skibbereen Heritage Centre erected a sign at Chapel Lane in 2018 which gives a brief history of the site and shows the location of those known to be buried there. 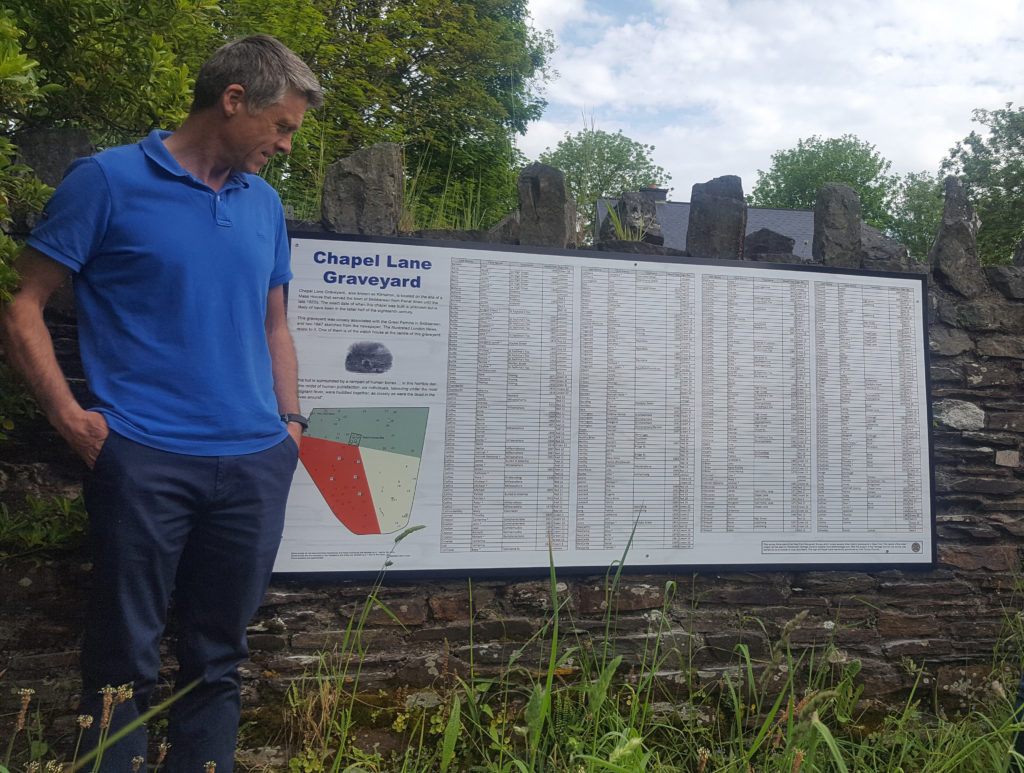 Chapel Lane graveyard was used for mass burials during the Great Famine and an onsite plaque serves as tribute to those buried there during that tragic time. 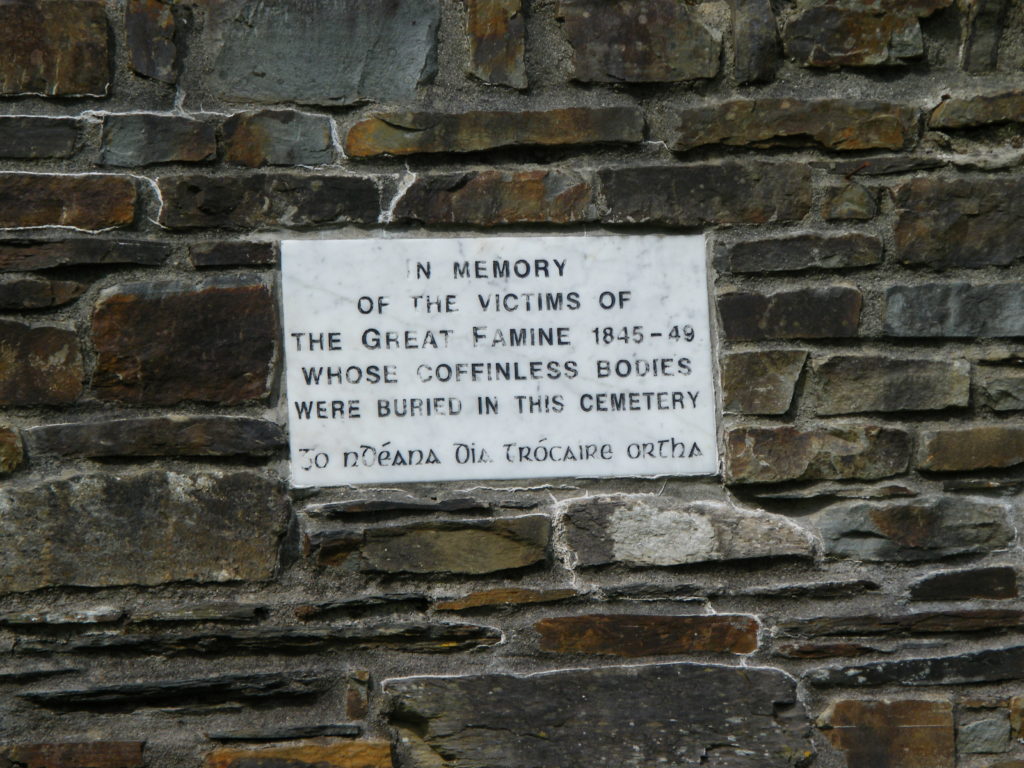 Two 1847 sketches from the newspaper The Illustrated London News relate to the ‘Chapel Yard’.

The watch house no longer exists at Chapel Lane but its location is shown on the graveyard sign Skibbereen Heritage Centre erected at the site.

Chapel Lane contains a large number of burials from the people of surrounding parishes. The reason for this is probably due to the lack of Roman Catholic controlled graveyards in these parishes in the early 1800s. 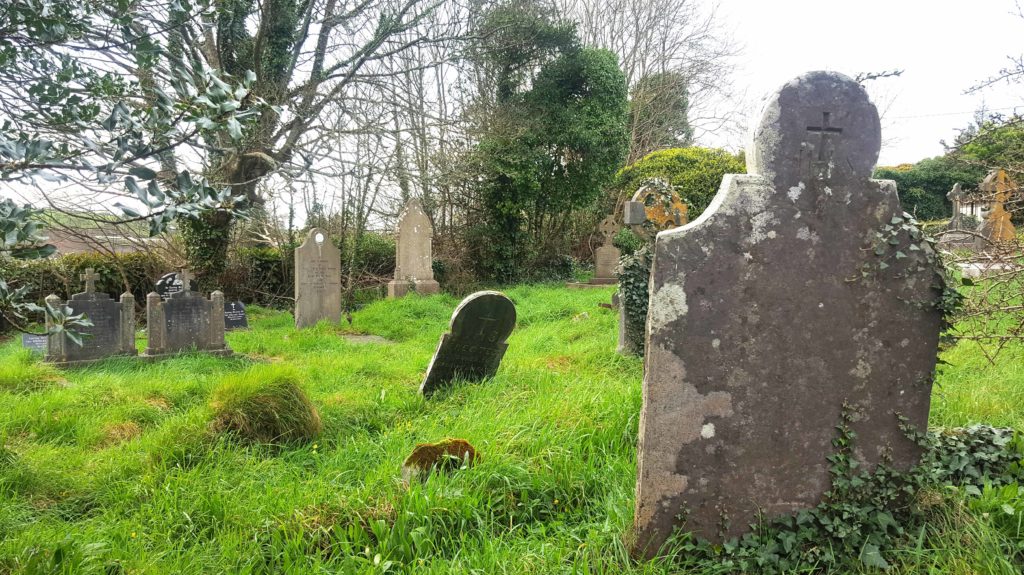 With the support of Cork County Council, Skibbereen Heritage Centre erected a sign at Chapel Lane in 2018 which lists all those known to be interred there, as well as a brief history of the site, as part of our ongoing graveyards’ signs project.