Welcome to our online shop.

The price of each item includes postage to anywhere in the world.  To check your basket at any time, click on view cart button below 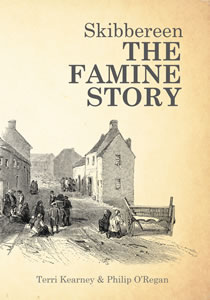 Written by Terri Kearney and Philip O’Regan, both of Skibbereen Heritage Centre, Skibbereen: The Famine Story traces the tragic events of the crisis as it unfolded. Skibbereen was ‘the very nucleus’ of the Famine. Horrific reports from the Skibbereen area featured in the media of the time as it became infamous for the suffering endured by its people. This publication uses these shocking reports to follow the crisis as it developed to show the devastating effects it had on local individuals and families.

The people who feature in The Famine Story — such as Tom Guerin, the boy who was buried alive, and the Widow Geaney, evicted to die on the side of the road — represent millions whose stories remain untold. The true enormity of this national tragedy is revealed through the experiences of these individual people, and the places in the Skibbereen Union where the story unfolded. PRICE €16.

Lough Hyne:  From Prehistory to the Present 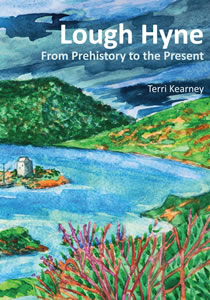 This illustrated publication on Lough Hyne traces man’s interaction with the lough for over 4,000 years. Terri Kearney utilises the physical landscape, local knowledge and folklore as well as historical sources to explore the unique aspects of Lough Hyne’s heritage as well as revealing how the area was affected by some of the major events in history.
Starting in prehistory with an interpretation of the archaeological landscape, the book looks at how early man lived, worked and worshipped at the lough through millennia. The reign of the O’Driscolls as lords of Lough Hyne is covered. The living conditions of the poor and the effects of the Great Famine are also included as well as diverse aspects of the social history of the lough. An exploration of the ecology of the lough, with extraordinary underwater photographs, also features, as does the long history of marine research at Lough Hyne.
The book is beautifully illustrated by Peter Murray with vivid watercolours. The 210-page book has a total of 230 photographs and images and is a high quality paperback. PRICE €37 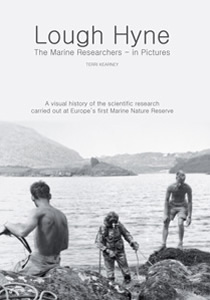 Lough Hyne was first ‘discovered’ by marine biologists in 1886 and is now one of the most-studied marine habitats in the world. Designated as Europe’s first Marine Nature Reserve in 1981, this small lake has attracted scientists from around the globe to carry out research there.
The photographs presented in this volume record the scientific work of the researchers, their day-to-day living and their interaction with the local people. They illustrate how issues arising due to its remote location and ‘difficulties’ such as the Irish Civil War and WWII were overcome. Many members of this scientific community returned annually to the lough over decades, and some continue to do so. Strong local friendships developed as did annual rituals, such as day-trips to the offshore islands and to Kerry, all of which feature in these extraordinary photographs. PRICE €18 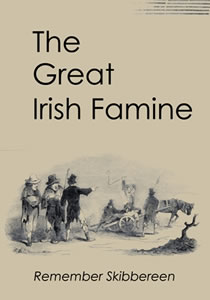 ‘The Great Irish Famine: Remember Skibbereen’ is a 55-minute documentary by award-winning Harvest Films, which tells the story of the Great Famine in Skibbereen and in Ireland generally. Concentrating on the human aspect of this defining period of Irish history, it includes interviews with Professor Joe Lee, Dr Larry Geary, Professor Mark McGowan, Dr Marita Foster and Gary White Deer as well as local historians Fr Patrick Hickey, Philip O’Regan and Gerald O’Brien.
Also included on the DVD is the 120-minute special feature of the events of the 2009 National Famine Commemoration Week, which was held in Skibbereen.

NB: PLEASE SPECIFY IF THE DVD IS INTENDED FOR VIEWING IN USA/CANADA AND WE WILL SEND YOU THAT VERSION. PRICE €13

The Cradle of Fenianism 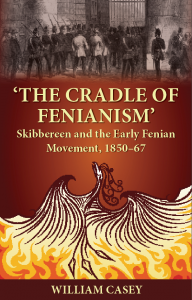 The Irish Republican Brotherhood (IRB), commonly known as the Fenian movement, had a profound impact on modern Irish history. This book, by local historian William Casey, examines how Skibbereen became known as the ‘cradle of Fenianism’. It looks at the formation of the Phoenix National and Literary Society and how central figures in that society, such as Jeremiah O’Donovan Rossa, Mortimer Moynahan and Patrick Downing, went on to play key roles in the Fenian movement both in Ireland and America.

It also details the development of the IRB locally and the part played by lesser known figures such as Cornelius Dwyer Keane and John O’Driscoll. In doing so, its aims to give the reader a greater insight into the development of this important national movement.  PRICE €14 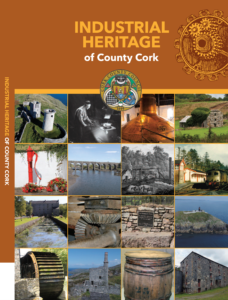 County Cork’s industrial past is fascinating and this publication gives an overview and an insight into this aspect of Cork’s rich heritage.

Europe and the County of Cork 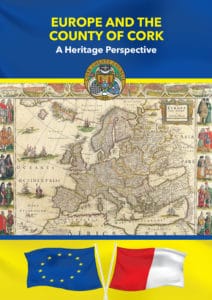 Covering the many fascinating connections between the County of Cork and the European mainland from a range of heritage perspectives from archaeology to natural history. PRICE €14 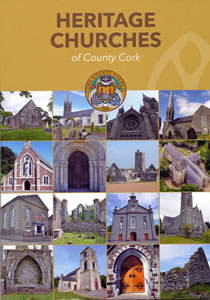 This illustrated publication tells the story of heritage churches in the County of Cork, from the earliest times right up to the recent past. With over 200 illustrations, this publication will provide the reader with a great insight into the heritage churches of the County; their different styles, dates of construction and the many fascinating stories related to them. PRICE €14 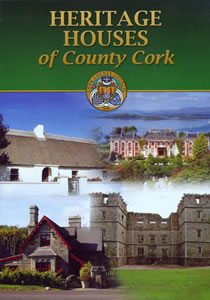 This illustrated publication tells the story of heritage houses in the County of Cork, from earliest times, right up to the recent past. With over 150 illustrations, this publication will equip the reader with a great insight into the heritage houses of the County, their different styles, dates of construction and the many fascinating stories related to them.  PRICE €14 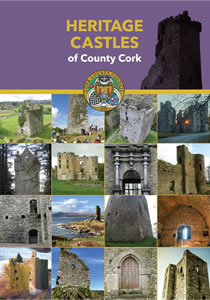 Heritage Castles of County Cork examines the importance of our heritage castles and through the use of illustrations, examples and accounts, conveys the very rich history that is present; an important part of our past, present and future. Price €14 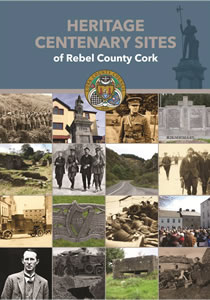 Centenary Sites of Rebel County Cork, covers a range of different conflicts and movements throughout the centuries and is heavily illustrated and packed full of personal accounts. Price €14 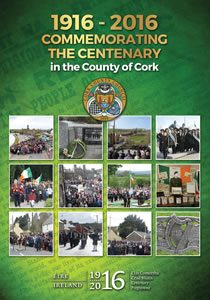 2016, a centenary year in the County of Cork, has been a yearlong undertaking by Cork County Council and the people of County Cork, in commemorating the defining year of 1916. The Centenary Year in Cork will be one to live long in memory and this publication serves as a reminder of this wonderful centenary year. Price €25 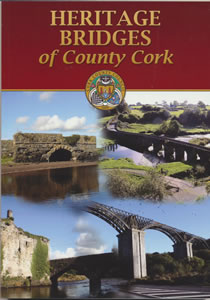 This illustrated publication tells the story of bridges in the county of Cork, from the earliest times, right up to the recent past. With over 150 illustrations, this publication will equip the reader with a great insight into the bridges of the County, their different styles, dates of construction and the many fascinating stories related to them. Price €14 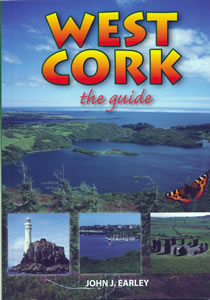 Situated in the south coast of Ireland in West Cork is a place of spectacular scenery, mountains, valleys, rugged coastline, golden beaches, beautiful islands and the friendliest people in the world.
John Earley’s “West Cork the Guide” is a guide to the many picturesque towns and villages in this area. It includes many stunning photographs of this area’s scenery, flora and fauna. It is also a guide to the history, archaeology, culture and wildlife of the locality. PRICE €13 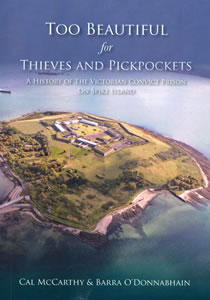 For almost four decades the Victorian prison on Spike Island was home to Ireland’s most serious and notorious criminals. Established in the midst of one of the worst famines in global history, this facility became the largest prison in what was then the United Kingdom. High death rates during its formative years meant that many of its malnourished inmates were laid to rest beneath its sod. Yet Spike Island was to become a beacon of penal reform, influencing modern correctional systems.
This new book by Cal McCarthy and Barra O’Donnabhain on the history of the Victorian prison on Spike Island constitutes a major addition to the body of knowledge about this institution and the prevailing social, political and economic conditions of the period. It is the culmination of a number of years’ research, informed both by official historical records and on-site archaeological excavations and provides a comprehensive overview of the lives and times of an infamous penal institution.  PRICE €18

To check your basket at any time, click on view cart button below.