Skibbereen Heritage Centre is housed in the historic and beautiful Old Gasworks Building, on the banks of the River Ilen, and we are truly blessed to work in this special building. 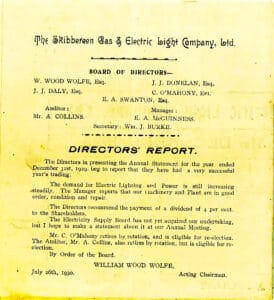 The genesis of the building dates back to December 1866 when a group of local businessmen set up the the Skibbereen Gas Light and Coke Company. Local people bought shares to fund the company and construction began in May 1867. 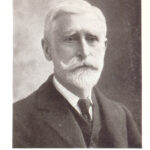 One of the contractors, William Martin Murphy of Bantry, then aged 22, went on to build a commercial empire in publishing and tramways. He gained a degree of notoriety for his part in the Great Dublin Lockout of 1913 when he was given the moniker ‘William Murder Murphy’ for the stance he took on behalf of the employers.

Forty street lamps, fuelled from the gasworks, were lit for the first time on a marked day evening in August 1868. As the Skibbereen Eagle newspaper reported: “The effect was magical and the change from darkness into light was warmly welcomed by an intense and admiring multitude.”

The gasworks used coal for the next 55 years. Boats (called coasters) brought the coal from Britain to the port of Baltimore. It was loaded into smaller river boats (lighters), and brought upriver to the gasworks. The coke and coal tar by-products were shipped back downriver and sold.

In 1922 the company converted to electricity and became the Skibbereen Electric Light Company. The national electricity supplier (ESB) later took over the local business and the gasworks were abandoned. 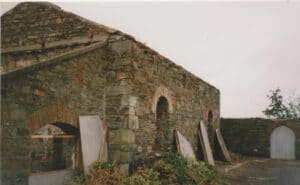 The site was bought by the Southern Star newspaper and part used as an office and store for a period. The original gasworks building fell into disuse and the buildings were roofless and in a derelict condition when work to resurrect the site as the Skibbereen Heritage Centre began in September 1999. 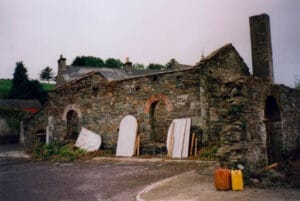 OPW architects oversaw the sensitive restoration of the building which subsequently gained the architect, Ciarán O’Connor, an RIAI award. Ciarán went on to be appointed as the State Architect and is now President of the Royal Institute of Architects of Ireland. 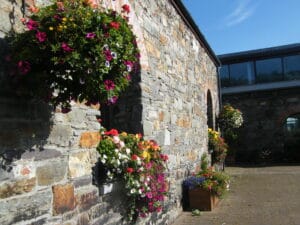 Skibbereen Heritage Centre opened in July 2000 and the Old Gasworks Building is now appreciated and admired on a daily basis by both staff and visitors alike. 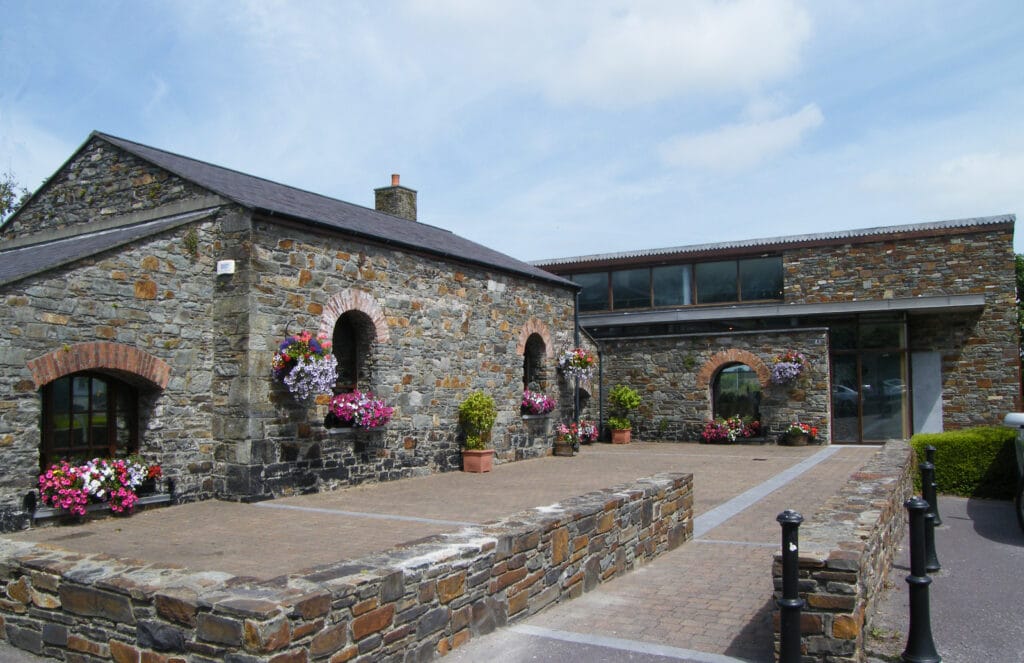